Exclusive Over seven floors of an office block in Manchester, Adam Curtis latest project is taking shape. The publicity for It Felt Like A Kiss, the centerpiece of the Manchester International Festival, has been mysterious so far: the Festival website tells us that the BBC's documentary auteur who made The Power of Nightmares and The Trap has teamed up with a theatre group.

What is it then - an installation? A play with films? An Achtung Baby moment? 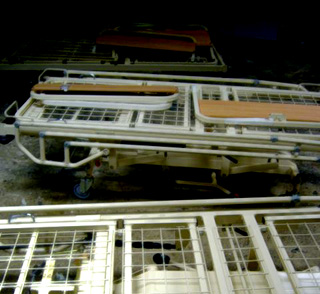 ... or none of the above. Curtis has taken over the building for a completely immersive and interactive trip in which groups of nine will be admitted - and emerge shellshocked 90 minutes later. Nothing quite prepares you for the ambition and scale of the project, on which dozens of staff have been working for weeks.

Curtis kindly showed me around - as the first journalist to have a look at the venture. So how does he describe it? 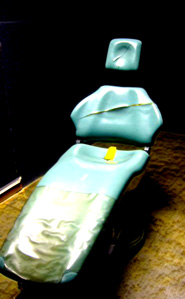 He's been looking for a vehicle for new kinds of story-telling, and seems to have found it with the help of the PunchDrunk theatre group. The BBC will be showing an hour long film - but quite deliberately, and this is his second obsession - it won't document or describe the experience. In a world where everything is digitized and reproduced and instantly available, Curtis wanted to create an event that defied reproduction. 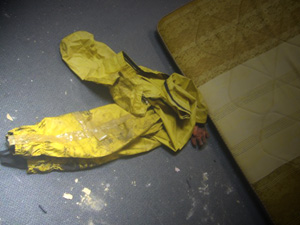 "It is about what is rare and precious these days - raw experience, it's something that can't be replicated. You have to be there."

"It's absolutely thrilliing to experience it. It's not replicable, you can't get it online, you can't see it on TV - you have to come to this building and go in there, and we're not going to tell you anything about it." 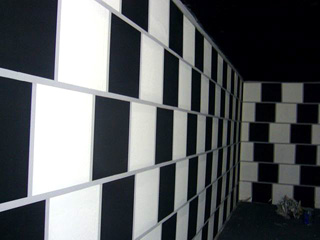 There's a teaser below - and more on Curtis' new BBC website.

And here's Curtis on bloggers, TV executives and marketing from a couple of years ago, with a return bout a few months later.

For tickets and dates see the Manchester International Festival here

That's 20 pence a pop for the 2.4 million calls made, many to Telephone Preference Service users