The Chinese government plans to recruit tens of thousands of volunteers by the end of the year to report "lewd" content and "uncivilized" behavior on the internet.

Government-run news agency Xinhua reports volunteers will be registered under the auspices of China's Capital Civic Enhancement Committee Office (CCECO). The government will also enlist "supervision volunteers" to patrol internet cafes for vulgar content and to prevent minors from accessing the computers. 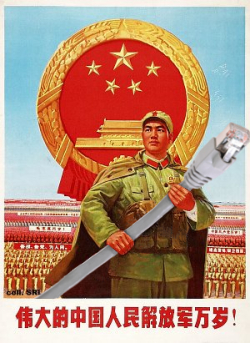 The People's Republic definition of "lewd" includes violence, pornography, libel, or any other material that violates a tensile definition of standards of public decency.

"The aim is to shield minors from unwanted harm they might be subjected to on the internet," a CCECO director told the news agency.

China's government commonly attributes internet pornography with powers to harm both the physical and mental health of young people.

Plans to recruit internet supervisors comes as the government announced it ahs begun blocking some Chinese-language results on Google.

The blocks were instituted over renewed concerns the search engine is linking to pornographic material.