In news which proves inconvenient for those of us who believe Google's Street View is nothing more than one tentacle of the Great Satan of Mountain View's humanity-supressing internet beast, Dutch press reports that snoopmobile images from the all-seeing web eye have been used to collar two muggers.

A 14-year-old lad from Groningen was last September pulled from his bike by two ne'er-do-wells and relieved of cash and his mobile phone. In March, he discovered the moment just before the attack had been captured on Street View: 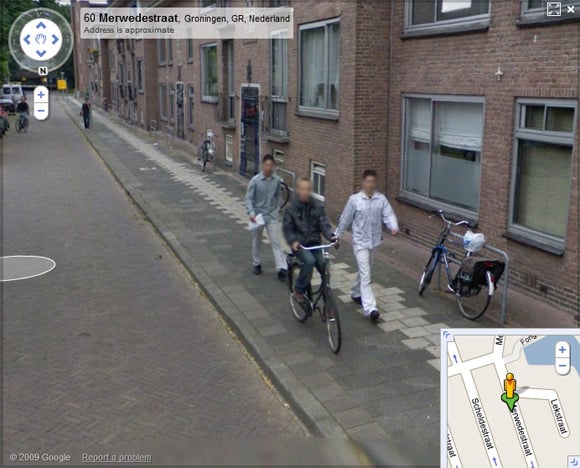 The unnamed victim alerted the police, who asked Google for the original uncensored images. The company obliged, and when cops got the snaps this month, they quickly identified the perps - two 24-year-old brothers.

The cuffed pair denied the charges, and while one has been released - presumably pending an appearance before the beak - the other was held in custody due to an outstanding fine from a previous offence.

Google recently agreed to delete original Street View images from Europe "once they have been used to create blurred images that the public can see", although when that will happen is unclear. ®

Thanks to the various readers who emailed about this one.