Starting with the oldest smartphone, here's a gourmet selection of images from my lunchtime shoot in the Garden: 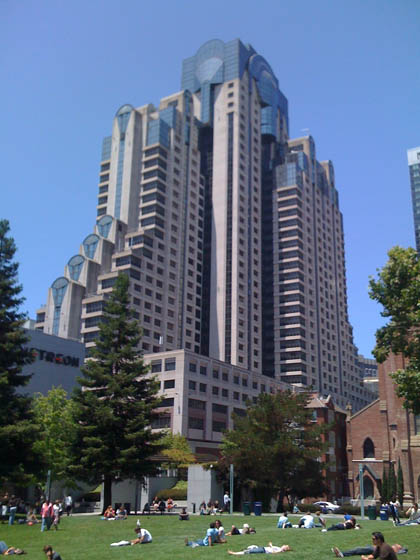 The San Francisco Marriott as seen by an iPhone 3G running iPhone Software 2.2.1
Click for a full-resolution image

"Soft" would be a kind way of describing the quality of this image. "Blurry" might be more accurate - especially at the top of the building referred to here in the cool, grey city of love as the "Jukebox Marriott." 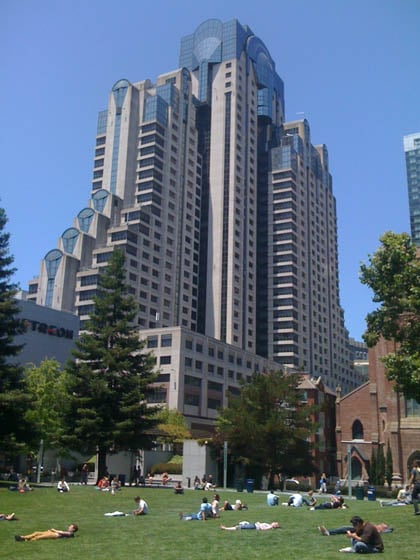 The same hotel and the same iPhone 3G, but with updated software 3.0
Click for a full-resolution image

It's the same camera - trust me - but the 3.0 software update has definitely improved the quality of its imaging. Check out the top of the jukebox to see what I mean. Low-light performance has also improved in 3.0, by the way. 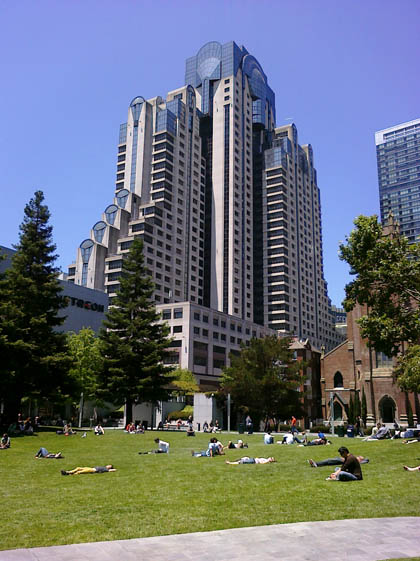 This was my most color-accurate Palm Pre shot, and still the sky's a bit purple
Click for a full-resolution image

Images made by the Palm Pre in well-lit situations are quite crisp, but colors are inconsistent. More on this on-again-off-again problem later. 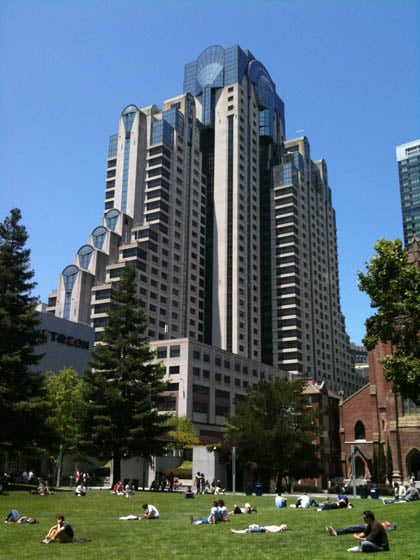 The iPhone 3GS's Marriott is not quite as sharp as the Pre's, but its colors are truer
Click for a full-resolution image

The iPhone 3GS's camera is a great leap over the one in the iPhone 3G - although that's not saying a hell of a lot. I'll have more to say about its exposure and focus controls later on in this article. 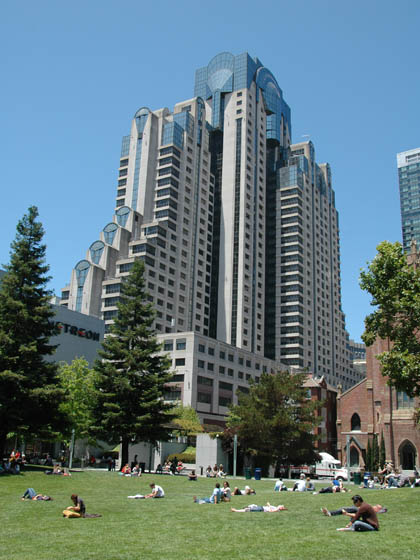 A surreal hotel photographed by a real camera: a Nikon D70
Click for a full-resolution image

Five years ago, the Nikon D70 was the new hotness, but now you can find one for around $250 on eBay. Still, this old digifart can produce a far more well-balanced image than can any cameraphone I know of - so much so that any comparison is simply unfair.