The iPhone 3GS allows you to tap on a preview image to choose what part of the scene you want to use to determine focus and exposure. Most of the attention that this capability has garnered has concerned foreground versus background focus. In my testing, however, I found that the variability in exposure levels - especially on a bright, sunny day with tons of light - is far more noticeable.

Here are a few examples that show the 3GS's exposure range, as chosen by taps on its preview display. 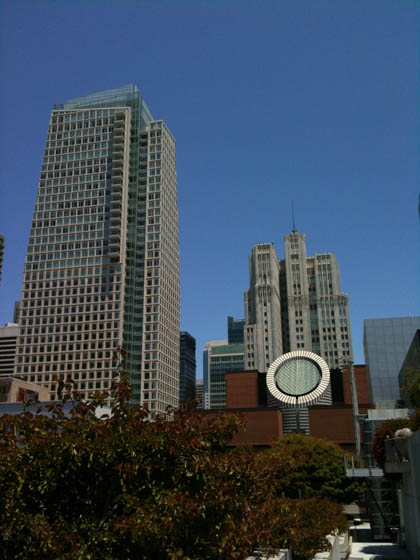 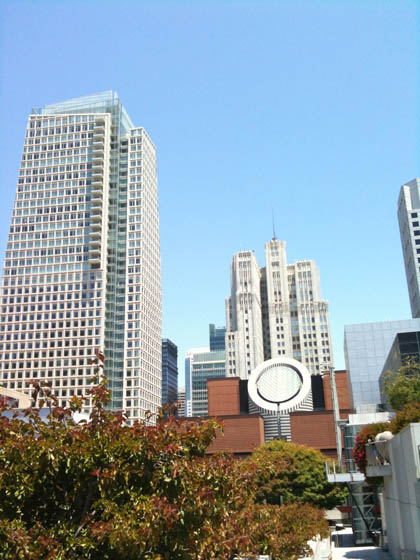 Tap differently, and everything brightens up - although maybe a bit too much
Click for a full-resolution image

In the first example above, I tapped on the roof of the San Francisco Museum of Modern Art's trademark circular roof. It looks great, but the rest of the shot looks like late evening, not high noon. In the second example, I tapped on the foreground bush, which was a mere dark blur in the first example. The entire scene brightened considerably - although distant buildings went a little soft. 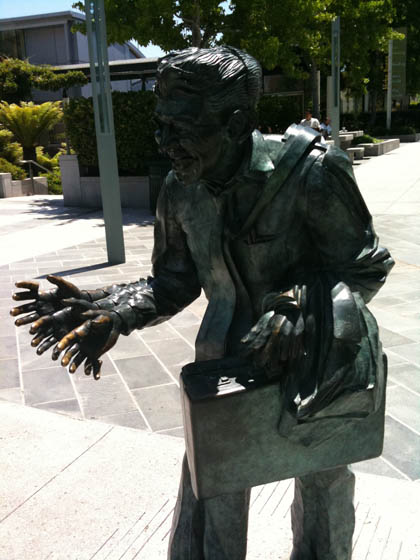 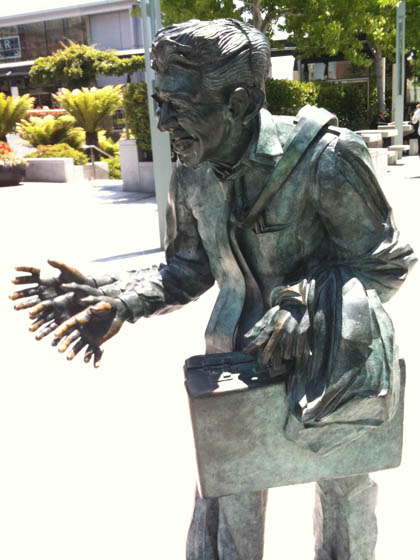 Here's the Shaking Man again - you remember him from the previous page. In the first example, I tapped on the bright plaza surface and was rewarded with fine detail of the slate tiles. In the second example, I tapped on the mutant businessman's face - he came out okay, but he could be just as well as standing on a snowbank as on an attractive urban public square.