Don't put it under your pillow...

Owners of Apple’s latest iPhone, the 3GS, have begun letting off steam online with claims that the smartphone gets hot enough to cause itself and its owners physical harm. 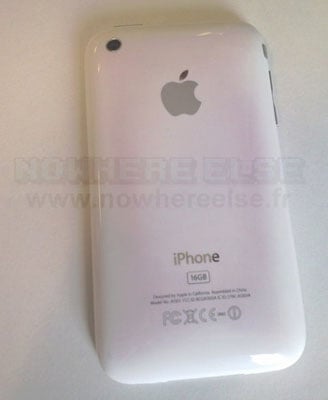 3GS owners from around the globe have posted pictures and descriptions in various forums online showing what are alleged to be scorch marks on the plastic rear panel.

One iPhone 3GS owner, for example, told French website Nowhere Else that a “reddish/pink” mark appeared on his handset’s rear panel after the phone become “very hot”.

Another iPhone 3GS owner told PC World that he fell asleep with the phone under his pillow while playing music through the headphones, but was awoken “with a sharp pain on my left arm under the pillow”.

The man concluded that he “had been burned decently [sic] from the iPhone getting so hot”. He acknowledged that the phone still worked afterwards.

Users have complained about the iPhone 3G getting very hot during extensive use since day one, so these latest 3GS allegations are by no means unique.

It’s worth noting that the latest model sports a more powerful processor than its predecessor, but Apple has yet to make any official comment regarding these latest claims.

If you’ve experienced similar problems with your iPhone 3GS, then Register Hardware wants to hear from you. ®