Fail to the Chief? 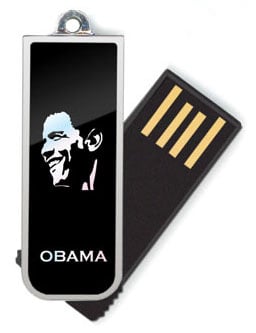 Despite lacking any White House authenticity, the Obama drive does come pre-loaded with 80MB of free presidential-grade material, including pictures of Obama and over two hours of his “landmark speeches” in MP3 format.

The Obama drive’s also waterproof, according to the manufacturer, so your files should be as safe in water as the man himself is when travelling on The Beast. 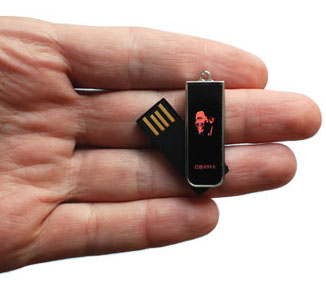 The drive's chrome-plated pivoting lid is adorned with a holographic image of the 44th US president, and you’ll also receive a smiling rubber Obama chain to tie onto the drive’s end. 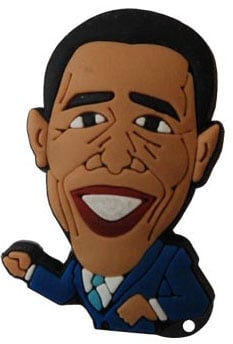