Every feature unearthed, every quirk revealed

Review Two top-of-the-line smartphones were released in June: the Palm Pre and the iPhone 3GS. If you're eyeing them, you'll have to choose one or the other - no one in their right mind owns more than one smartphone. So which one is worthy of your pocket or purse?

To answer this question - and since it can be easily argued that I'm not in my right mind - I got one of each. For the past couple of weeks, I've been bouncing between them, hammering on their hardware, slapping about their apps, and generally using them as their designers intended: as phone-call handlers, email senders, message messagers, webpage viewers, pocket-sized entertainment centers, and the like.

And now I'm ready to tell you which one you should buy.

But first a bit of business to ward off enraged fans of the BlackBerry Storm, HTC Magic, Nokia N97, Samsung Omnia, LG Viewty, and others - or, for that matter, even connoisseurs of a finely aged Motorola MicroTAC. Yes, there are other fine phones in the world, but this article isn't about them. This is a point-by-point smackdown: the Palm Pre versus the iPhone 3GS.

Some features of the two phones are so similar that it's hard to prefer one over the other. In other particulars, one phone clearly holds an advantage. And other characteristics can't be graded. They're simply a matter of taste. A black Palm Pre isn't inherently better than a white iPhone 3GS, for example.

Size and weight: No surprises here if you've seen photos of the two phones: the Pre is a bar of soap, the iPhone is its soapdish.

Physically, their stats are as follows:

Despite their size differences, they weigh exactly the same: just under four 4.8 ounces (135 grams).

Some have complained that the Pre is too thick to be comfortably pocketable. Comments like that merely show that the complainer's pants are too tight. Both phones fit well into a pocket, and both fit comfortably in your hand.

Size and weight advantage: A tie

Fit and finish: No contest. The Pre's plastic body is imperfectly molded, its slide-out keyboard tray is a mite wobbly even when closed and has a fiendishly sharp bottom edge (more on that keyboard in a moment), and its pop-off-with-your-fingernail micro-USB port cover is a pain to remove and just begging to be torn off. The Pre feels cheap and breakable.

The iPhone 3GS, on the other hand, is built like a brick with every contour perfectly molded and fitted. It feels expensive and solid. 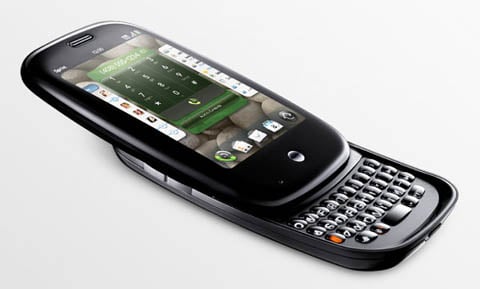 Keyboard: When the iPhone was first released, reviewers - and many users - howled about its screen-based keyboard. And for good reason: They were comparing it with the quality physical keyboards of RIM's BlackBerries.

The Pre is not a Blackberry. Its tiny keys are recessed beneath interfering ridges above and below. They give little feedback and are hampered - as are most physical keyboards - by needing a command key to access symbols and numbers, a task that the iPhone handles by changing the entire keyboard when, for example, you want to type a series of numbers.

I hate the Pre's keyboard - but I'm the first to admit that I'm not the most delicate of men, fingertip-wise. I brutalized them by playing bass guitar for many years and by spending my baseball days behind the plate as a catcher. My fingers are as insensitive as keilbasa.

Also, the Pre's keyboard is far enough away from what you're typing that it's hard to keep checking your mistakes - and, I guarantee you, you'll make them. When you do, don't expect the Pre to help - its predictive spelling is laughably rudimentary - it'll change "teh" to "the," but that's pretty close to it.