Analysis It's straight out of the New Labour Labs spin book. The Home Office executes a U-turn on compulsory ID cards, while the Home Secretary does the rounds of the media insisting that they were never compulsory in the first place, and that he is affirming his commitment to them by accelerating their rollout.

But there's a surprising amount to unpick from Alan Johnson's non-announcement this week, and although the actual change is small (backing off from a messy and pointless confrontation with the airline unions), the 'accelerated rollout' provides a few pointers as to where Johnson may be planning to take the project. 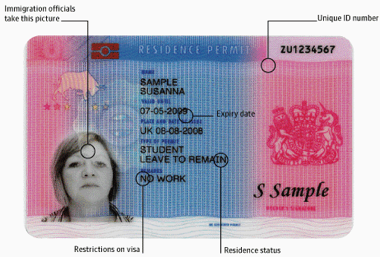 Although certain attention-challenged outlets described Johnson's announcement that ID cards would not be compulsory as "a significant Government climbdown", the Home Office actually let this be known three months ago. It's also not the case, as some have reported, that Johnson announced the abandonment of the trial of ID cards for airport workers - he removed the compulsory aspect, but the trial remains in place, at least theoretically, on a voluntary basis.

Which is significant. Take him at face value when he claims to be an "instinctive" supporter of ID cards, but take into account that he's smart enough not to keep on banging his head against a brick wall (something of a first for recent Home Secretaries), and that coming on as the sensible one while getting the Labour Party off this particular toasting fork may come in handy if there's a leadership election in the next year or so.

By making the meaningless (because he can't commit future Governments) statement that ID cards will never be compulsory for UK citizens, he defuses the ID bomb to some extent, and moves the emphasis onto making them popular, useful and necessary. No, don't laugh - in some senses they could be useful and popular, and in some senses they could become necessary, the continuation of compulsion by other means. And if Johnson plays his cards right and doesn't make Smith- or Byrne-style demented claims, it needn't actually matter to him if people don't start volunteering for ID cards.

They're not his baby, and that only changes if he decides to make it change.