Before we got busy testing the Torqx, we had to update the firmware. Patriot hasn’t yet issued an official update but we were sent a pre-release copy of the file along with a guide for the update process, which is just as well as the process is a bit finicky. 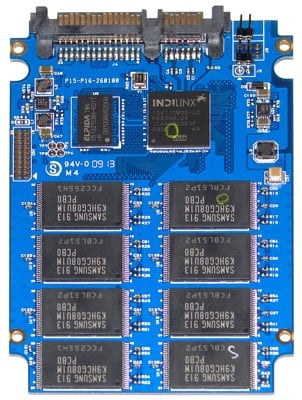 The Patriot needs to be installed as a secondary drive to your operating system disk and a configuration jumper - supplied in the package - has to be slipped into place next to the power connector on the back of the drive. With the SSD in configuration mode, your PC's Bios will recognise the Torqx as a Yatapdong Barefoot - apparently the generic name for this Indilinx design.

We fired up Windows - Vista or XP only - ran the updater - which took about one minute - removed the jumper and shut down the PC. At the end of the process, our Torqx had been updated from firmware 1370 to 1571, and the drive had been wiped clean of files and data. If you image the Torqx to a second drive, run the update and then re-image the Torqx you’ll have the job done inside an hour, but it’s the sort of thing that's easy on a test bench and something of a pain in a working PC.

We tested the Torqx with both versions of the firmware using our trusty Intel X25-M to transfer files back and forth and we also added a Kingston SSDNow V, which has a JMicron controller, into the mix. 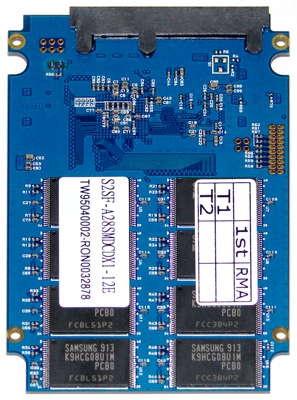 Just like the OCZ Vertex, only blue, not green

The new firmware increases the write speed of the Torqx for small files and reduces it for larger files, and in the process the performance of the drive is evened out. When it comes to transferring files from one drive to another the revised firmware has little effect.