KIlling ID cards and the NIR - the Tory and LibDem plans

Analysis A future Tory government will cancel the ID Card Scheme - but, as The Register has asked several times, what does that mean? A broad commitment to abandon ID cards, even to cancel the National Identity Register database, leaves a certain amount of wiggle-room, particularly if - as is Tory policy - you're likely to be keeping plans for adding fingerprints to passports in place. 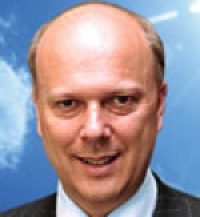 In a debate in the House of Commons this week, however, Shadow Home Secretary Chris Grayling was able to set out his store in some detail, to the extent that it's now possible to say where all three major parties stand on the NIR, on what we'll be left with if and when it's gone, and how they'll argue their respective cases at the next election.

Labour will continue to argue (and indeed did so in the debate), that the switch to biometric passports effectively leaves us with an ID scheme at the same cost, whichever party wins the next election, but the reality is that there is now clear blue water between all the parties.

Labour's pitch is ludicrous on several fronts, but is helpful for the purposes of analysis. According to Labour, most of the cost of the ID scheme is accounted for by the switchover to biometric passports, and a National Identity Register-type database will need to be retained in order to store the personal data necessary to operate biometric passports. The addition of fingerprints, says Labour, is necessary in order to fulfil our international obligations, and the bit of plastic is just a low-cost extra, an 'opportunity' that we'd be foolish to pass up on, given that we've got to spend most of the money anyway.

And depending on the amount of funk and fudge an incoming non-Labour administration employed, that could turn out to be true. The data that will form the basis of the NIR is already being gathered and stored, and when the Identity and Passport Service begin to issue the next generation of biometric passport, fingerprints will be collected and stored along with other personal data. So you can repeal the ID Cards Act and scrap the NIR, but if you do nothing else, you'll still be left with the core of the scheme, an NIR-like data store, and a state data-sharing regime that gives a broad range of organisations and departments access to that data. It is, as we said last week, a juggernaut.

But it's now clear that the Tories and the LibDems have no intention of doing nothing else, and that they're both set on tackling the problem, the NIR, as well as the symptom. Both are committed to the cancellation of the NIR, and both explain what they mean by this in sufficient detail for it to be certain that they'll really cancel it, rather than just cut it back a tad.

Ubiquiti, go write on the board 100 times, 'I must validate input data before using it'... Update silently breaks IDS/IPS

Split between 550 subpostmasters accused of theft, that's not much