Review At first glance, the Synology Disk Station 409 Slim seems a rather strange concept. Why use 2.5in disks in a four bay Nas enclosure? Surely, you’d want to cram as much storage space as possible into a NAS? Moreover, 2.5in drives are currently limited to around one quarter of the capacity of their 3.5in counterparts, hence, limiting the total internal capacity of the device to 2TB. 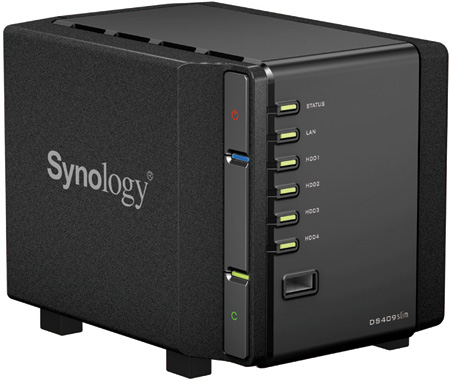 Also, smaller drives are also considerably more expensive. If you go for 500GB disks, you’ll pay around double for a 2.5in drive. Yet, by using 2.5in drives, the DS409 Slim is able to take advantage of many of the storage technology advances utilised by modern laptops.

Low power consumption, critical for laptop users, is also of advantage to those of us wishing to run our NAS 24/7. Synology’s own figures rate the power consumption of the DS409 Slim at around 19W during disk access when using two drives. We recorded an even lower figure of 15.5W when writing to two disks in a RAID 0 configuration. 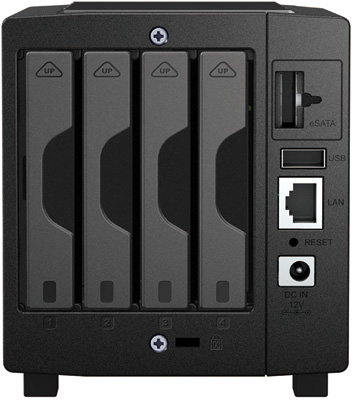 The smart fan system ensures that the fan remains off until cooling is required; making this an excellent choice for those you like to stream their music without the irritation of whirring fans. The device itself is also comes with its own stand and is fitted with thick rubber feet which help to eliminate vibrational noise.