Review You’ve got to hand it to those marketing bods who are constantly on the lookout for a gap in the market. Not so long ago, digital SLRs were neatly divided into high-end/entry-level models, but now, consumer DSLRs come in a variety of specifications aimed at specific groups of users. Nikon’s D5000 is a good example. It’s described as an “upper entry level” DSLR, which means that it offers more than a budget DSLR, but just a little less than a mid-range model. So does the D5000 fill a gap or fall between two stools?

The D5000 offers HD recording and Liveview operation and it uses the same 12.3Mp (effective) 23.6 x 15.8mm DX Format CMOS sensor as the D90, as well as the same 11-point AF system. Naturally, the D90 has a few cards up its sleeves, including a Pentaprism-based viewfinder, a 3in LCD screen composed of 920,000 dots, slighter faster continuous shooting speed (4.5fps compared with 4fps) and a built-in autofocus motor.

By contrast, the D5000 uses a pentamirror system, a smaller 2.7in screen with just 230,000 dots and utilises a lens-based AF system. However, the D5000 does have something the D90 lacks – an articulating LCD screen that swivels up to 270 degrees – more on this later.

The D5000 is available as a body only or kit option. We reviewed the latter that came with an 18-55mm f/3.5-f.5.6 AF-S NIKKOR lens but, of course, you can use a variety of Nikon lenses with this camera. However, the D5000 only supports all functions on AF-S and AF-I-type lenses. For the rest, there are varying degrees of compatibility but, suffice to say, if your lens doesn’t have a built-in AF motor, you’ll be limited to manual focusing. 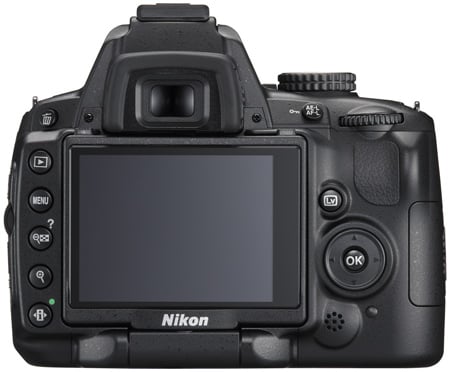 LCD quality could have been better

The general layout is quite familiar, as you can see from the product photos. The D5000 uses SD/SDHC cards, a lithium-ion battery, and has mini USB, mini HDMI and accessory ports – the latter can be used with an optional GPS unit for geo-tagging shots.

Coal is cooked and gas is dissipating, as renewables delivered a fifth of all EU juice in 2022
Science2 Feb 2023 | 4