Our shock exposé yesterday of the tattooed Swedish devil girls who jumped a cyclist, deprived him of his trousers and underpants and made merry with his wedding tackle had some commenters demanding photographic evidence of the outrage.

Well, by an amazing coincidence, El Reg had its roving snapper on the streets of Örebro on 8 July, and although he was able to capture the action, his images were subsequently lost - for reasons which will become evident.

We did, however, get in touch with the Great Satan of Mountain View which, by an even more astounding coincidence, happened to have an Orwellian black Opel prowling the leafy suburbs of the Swedish town on that very day.

Google eventually agreed to provide its original uncensored Street View images of the assault, which we have forwarded to the appropriate authorities in the hope the merciless vixen attack pack might be brought to justice.

In the first image, we see the moment at which the gang's ringleader grabbed the victim's bike rack. Our fearless photographer is seen preparing to shoot: 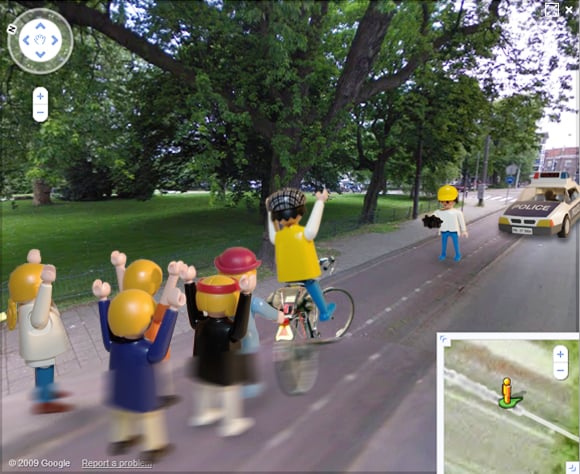 Having downed their prey, the devil girls move with cheetah-like speed to incapacitate the object of their desires: 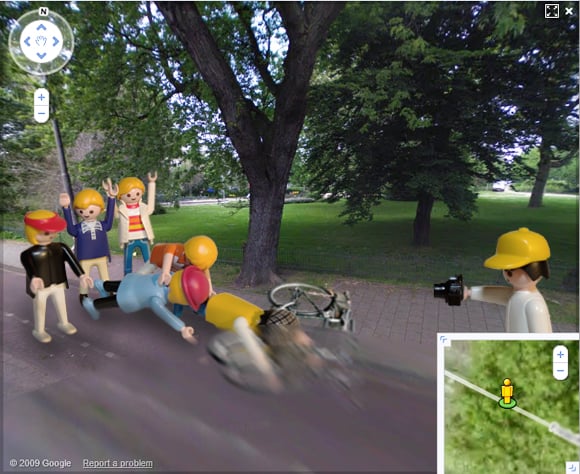 In the final image, the lust-crazed minxes subject the cyclist to fondlings too hideous to be described in a family publication such as this.

In the foreground, meanwhile, the reason for our photographer coming home empty-handed becomes apparent. The police car seen rushing to the scene in the first frame has disgorged two officers who've ignored the cyclist molestation and arrested our man under the Prevention of Excessively Tall Photographers Act (2009): 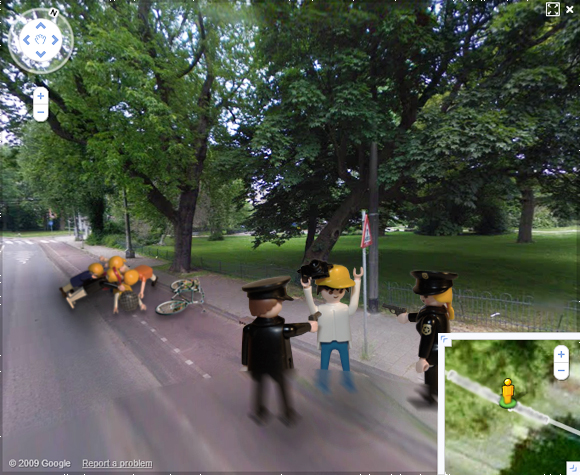 Suffice it to say, he was cuffed, whisked to a top-security police facility, body searched and ordered to wipe all the images on his DSLR or face some serious jail time.

A police spokesman later explained: "We received a report of a photographer of above-average height carrying a camera. Our first priority is to protect the public, and the suspect was processed in accordance with current anti-photography legislation." ®

We're afraid we can't reveal the exact location shown in the above images. This is at the request of the Örebro tourist board whose information office has over the last few days been besieged by males on bicycles demanding to know where they can head for some "local hospitality".

All of El Reg's world-famous Playmobil coverage can be found right here.