Review Apple has always kept a clear dividing line between consumer products for home and education users, and more expensive professional models offering higher performance and additional features. And, until quite recently, its laptop range had stuck rigidly to that formula. 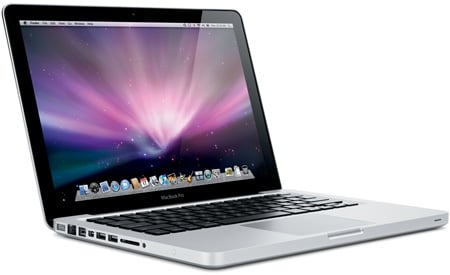 However, Apple muddied the waters last October when it unveiled a completely redesigned version of the MacBook that boasted a new aluminium ‘unibody’ design that made it look much more like the MacBook Pro. The new design was extremely attractive, but it also came with a hefty price hike that took the starting point to just under £1000.

Apple somewhat grudgingly acknowledged that it probably wasn’t a good idea to hit its customers with such a big price rise right in the middle of a global financial apocalypse. So it quietly kept one of the old white plastic MacBook models on sale as well in order to appease the price-sensitive education market that is so important to Apple.

So where did that leave unibody MacBook? It was a lot more expensive than the White MacBook that was still on the shelves, yet it lacked features such as the high-speed Firewire interface that justified the higher price of the MacBook Pro. It was, as our old granny used to say, neither one thing nor t’other.

A rethink was clearly in order and, as a result, the unibody MacBook has now been promoted to the rank of MacBook Pro, making it the first 13in model to carry that name. That move also maintains the recently updated white plastic MacBook to its position as the model for home users and students.

The MacBook Pro is actually thinner than the 13in MacBook