The data languished in a vault with other space program detritus for years. Taking a call one day in 1986, NASA archivist Nancy Evans persuaded the JPL to put the tapes in air conditioned dedicated storage. She also had the forethought to request three Ampex 900 reel-to-reel tape machines that could read the Orbiter's data. This half-ton machine was already obsolete - most had been dumped at sea. But unable to find a federal facility for the readers, she stored them at home, where they gathered dust for 20 years.

Three years ago Wingo heard the tale, and started a project to restore the images - suspecting that the best imagery had never been seen, and that with modern graphic interpolation, they could be restored. Wingo moved the readers and 48,000 lbs (over 20 tonnes) of tape to NASA Ames. He hassled for funding, which was necessary to restore the readers to working order - and a team of volunteers in an abandoned McDonalds, renamed Pirate McMoon, set to work. (See the links at the end of this story for a presentation and more information on the Lunar Orbiter Image Recovery Project.)

The results emerged earlier this year, and Wingo was vindicated by the results.

"The dynamic range of the images is incredible, it proved our point," he says. Computer processing allowed them to reveal features never seen before. Wingo also discovered that the photographs show polar ice extent for the period.

But the Orbiter looks even better when you remember the debacles that preceded it, and consider the achievements of the post-1960s space efforts.

The legacy of Apollo

The Langley team's success prompted some "What went right?" analysis. Erasmus Kloman, at the National Academy of Public Administration, was given the job of finding out. NASA published a redacted version of his report, Unmanned Space Project Management: Surveyor and Lunar Orbiter, which found that bureaucracy was kept to a minimum, while keeping sharply defined goals, and inter-agency turf wars were largely absent. Over on Apollo, 60 engineers reported directly to a senior manager.

As Wingo puts it: "The refugees from Apollo made up the middle management of every Silicon Valley hardware company - they gave it the management and technology backbone." 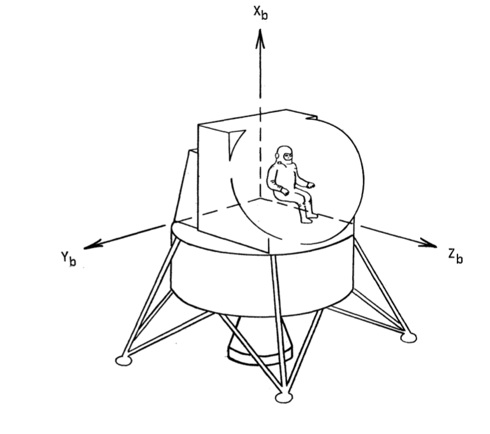 This was before the era of "corporate re-engineering" - where innovation came to mean reshuffling the administration, rebranding, and a high turnover of management fads. It's impossible to conceive how the EU or the US could achieve such results in a short space of time today. The modest space programs today take many years to complete.

The nature of science funding today, which has become politicised, also deters imagination and risk-taking.

Handing over the Presidency to Kennedy, Eisenhower observed that "a government contract becomes virtually a substitute for intellectual curiosity" and warned of the "prospect of domination of the nation's scholars by Federal employment, project allocations, and the power of money", with the danger that "public policy could itself become the captive of a scientific-technological elite".

That capture is now complete - scientific "study" merely serves the political fashion, in the way Pocket Boroughs in England once served a landowner. Ideas have permanent incumbency.

Saturn V would surely never be completed now - somebody would complain about its "carbon footprint". With our impoverished idea of human achievement, pessimism about our scientific and technological capabilities, and little faith in human organisation, it is hard to imagine Apollo happening today at all. ®

The LOIRP restoration project's blog MoonViews is a good place to start. After NASA agreed to fund Dennis' work - it only asked for the raw data, but NASA has a LOIRP image gallery. Dennis Wingo's presentation (Slideshare) to the Apple WWDC this year also tells the story, shows some examples of the image enhancement.

A great resource for old NASA documentation and technical material is the technical reports server (TRS) here. Look for the 430-page technical memorandum from 1977 titled "DESTINATION MOON". Oh. And the first picture of the far side of the Moon was actually taken by the Soviet Luna 3 in 1959 - thanks to Bill for the correction.

Apollo at 50? How about 40 years since Skylab smacked into Australia