Mess with our OS and chaos will rule

Cupertino loosed the hyperbole firehose on the Copyright Office in response to the Electronic Frontier Foundation's proposal to legalize the modification of the iPhone’s OS.

While the company stopped short of claiming jailbroken iPhone’s attract packs of ravenous wolves, it nevertheless proselytized the distressing dystopia that awaits us all if iPhone owners are considered the “owners” of the OS rather than merely “licensees”. 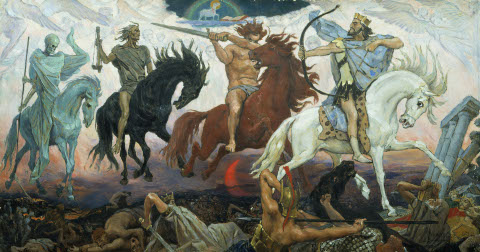 Apple’s argument, dated June 23 and recently spotted by Wired, is the company’s contributions to the Copyright Office’s tri-annual review of the US Digital Millennium Copyright Act (DMCA), which forbids consumers from circumventing copy protection in software. The EFF has proposed that jailbreaking should be granted an exemption to the rule, thus allowing owners to access applications not provided by Apple and for smaller mobile service providers to accept used iPhones.

Foremost in Apple’s argument against this are its more traditional rebuttals that jailbreaking violates the iPhone software license agreement and constitutes copyright infringement.

“The value to Apple of the OS as a copyrighted work depends upon preservation of its operational integrity so that users have a consistently good experience with the product that carries and monetizes the OS, which of course is the iPhone,” Apple stated in the filing. “It also depends on ensuring third parties provide the services and functionality that help make the iPhone the revolutionary product it is. Hacking thus undermines the overall iPhone experience, diminishing Apple’s copyrights and, ultimately, the overall value of the iPhone and its ecosystem to consumers.”

The company also goes on to describe how jailbreaking could “wreak havoc” on cellular provider networks and user privacy.

Once the iPhone OS code is made accessible by jailbreaking, it provides an opportunity to hack the “baseband processor” (BBP) used to connect the phone to a telephone or data network, Apple says.

“Because jailbreaking makes hacking of the BBP software much easier, jailbreaking affords an avenue for hackers to accomplish a number of undesirable things on the network.”

With control of the BBP, hackers could change the iPhone’s Exclusive Chip Identification (ECID) number that identifies the device to a cell tower.

“With access to the BBP via jailbreaking, hackers may be able to change the ECID, which in turn can enable phone calls to be made anonymously (this would be desirable to drug dealers, for example) or charges for the call to be avoided.”

Apple also warns BBP software access could allow hackers to skirt the carrier's rule limiting packet size or the amount of data that can be transmitted.

“More pernicious forms of activity may also be enabled,” Apple states. “For example, a local or international hacker could potentially initiate commands (such as a denial of service attack) that could crash the tower software, rendering the tower entirely inoperable to process calls or transmit data. In short, taking control of the BBP software would be much the equivalent of getting inside the firewall of a corporate computer — to potentially catastrophic result.”

EFF attorney Fred von Lohmann notes that while Apple's hypothetical horror story is technically correct, mobile phone OS code is already accessible in the open source Android G1 phone and society has yet to collapse into said madness and chaos.

For those interested in reading it around the campfire, Apple's response to iPhone jailbreaking exemptions is available here. ®