The Internet's most evil company?

The Great Satan of the Blogosphere examined

Information wants to be free? Au contraire, information wants to tell you all about itself, where, how and if you can use it, and it reserves the right to sue the crap out of you if you don't pay attention. Or at least, that seems to be the way a growing number of traditional publishing organisations view it - the internet has been getting a free ride off their backs, they reckon, and if the news business is going to survive, that's got to stop. 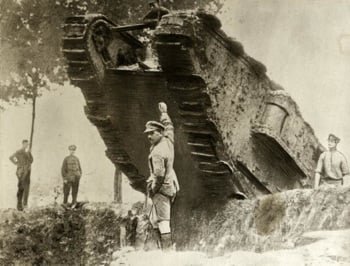 The Associated Press in particular has been mad as hell and not going to take it any more, opening fire on the Drudge Retort last year over its use of snippets from AP stories, and winning itself instant promotion to Great Satan of the Blogosphere status. Eccentrically, the AP's takedowns resulted in calls for a boycott of AP stories, plus a weird combo of boycott and 'solidarity steal' from a noted professor of journalism.

The argument then was over fair use, AP's position being that someone taking the headline and introductory sentences from an AP story without a licence was infringing its copyright. The items it objected to were as little as 33 words long, but from statements at the time it appears that AP was differentiating between quoting from a story (which could still be fair use), and using headline, intro and link as a signpost to a story.

If that was the point, it was lost on the blogosphere - but you can see the possibility that the AP was trying to create a precedent, to evolve or even create copyright law for the Internet.

April 2009 and the mask and waxed moustache are back on as AP declares war, announcing "an industry initiative to protect news content from misappropriation online". It fleshed this out earlier this month, and days afterwards secured a settlement, but not a legal precedent, in its action against All Headline News (AHN).

The latter case is worth noting, because here again AP was seeking to make (or remake) copyright law. In 1918 (no, really) AP had persuaded the US Supreme Court to create the "hot news doctrine" to protect its stories. AP had sued a rival wire service that was writing news reports using AP's reports as a source. AP's argument, accepted by the court, was that in recognition of its investment in news gathering, it should be able to stop other news outlets using "its" facts for a period, and that a quasi-property right should surround the information while it retained value.

AP sued AHN over that company's use of AP source material, attempting to re-establish the hot news doctrine as it did so. It didn't get the precedent (this time?) because the case was settled without being tested in court, but a joint statement issued by the two said:

As a result of the lawsuit, and as part of the settlement, the defendants agreed that they would not make competitive use of content or expression from AP stories. Defendants acknowledge there were many instances in which AHN improperly used AP's content without AP's consent. Defendants further acknowledge the tort of "hot news misappropriation" has been upheld by other courts and was ruled applicable in this case by U.S. District Court Judge P. Kevin Castel.

AP associate general counsel Laura Malone commented: "This settlement safeguards AP's investments in journalism, and serves as notice to others that AP will fully defend its intellectual property rights against unfair competition."

AP may not have got its reaffirmation of the hot news doctrine here, but it secured what from its point of view was a satisfactory result by going after a highly visible target. It hasn't yet got the courts to agree with it on where the boundaries of its ownership lie (not even the New York Courts), but it's got AHN to back off, to agree it did wrong, and to publicly not disagree that the hot news doctrine might still be valid.

Ah, but while that might work for larger commercial outfits perceived by AP as living off its back, what about the rest of the internet? This is possibly where AP's "industry initiative" comes in, along with something similar that was baked earlier, ACAP.

In June a group of European publishers, under the auspices of the European Publishers' Council (EPC) and World Association of Newspapers (WAN), hammered out the Hamburg Declaration, This was - we feel, somewhat unfairly - summarised by Ars Technica as "European publishers want a law to control online news access".

As Ars itself notes, shortly after describing the Declaration as "a long-winded rant against the Internet for stealing their news", it's really all about ACAP (Automated Content Access Protocol), a proposed standard for news intended to convey in machine readable language the content owner's policies on access and use. It is, say its originators, "all about making copyright work on the web."