A fatal credulity has occurred

Prospective marks are presented with a seemingly crashed system, along with a text warning that they need to buy "security software" to clean up their systems. But the SystemSecurity rogue package on offer has no utility other than scamming people out of their money.

Variants of SystemSecurity have been around since at least February 2009. However, the Blue Screen of Death trick is a new social engineering innovation, only spotted in variants of the attack last week by anti-spyware firm Sunbelt Software. 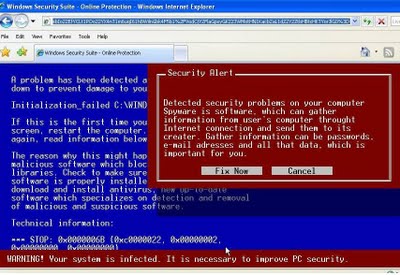 Includes setting to turn ads off – stop hissing at the back, Google

'It should be up to Android users which search engine they use, and absolutely not up to Google'