A while ago I joked that perhaps the RIAA had secretly recruited Charlie Nesson to be its court opponent. Everyone from Ray Beckerman at the "Recording Industry vs The People" blog to Nesson's old pals at the Berkman Centre at Harvard had advised him to knock it off - or at least not pursue a crackpot defence. But when it comes to the technology utopians, all jokes come true eventually.

Nesson has achieved something I thought was completely impossible in 2009, and that's to allow the US recording industry's lobby group to paint itself in a sympathetic light. No longer must the RIAA explain why their biggest members are not using technology to make money for the people they represent. The Boston case allowed the four major labels to justify an enforcement policy against opponents who appeared compulsively dishonest, irrational, paranoid, and with an abnormal sense of entitlement.

Nesson failed in his avowed mission "to put the record industry on trial". He failed to show why disproportionate statutory damages are harmful, which could have had a lasting constitutional effect. He failed to paint the defendent as sympathetic, or "one of us". He failed to demonstrate why copyright holders make lousy cops. He even had a Judge noted for her antipathy to the big record labels. In short, he ceded the moral high ground completely and utterly to the plaintiffs, the four major record labels. The labels' five year campaign against end users is finally at a close, but Nesson's performance leaves it looking (undeservedly) quite fragrant. 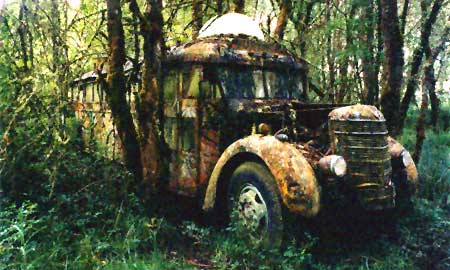 Yet if Nesson thought he was fighting a battle in the theatre of public opinion, why didn't he state the obvious?

The primary duty of copyright intermediaries is exploitation - maximising the potential of a piece of creative work. Yes, I wrote 'exploitation' - a word that's glued a thousand RIAA bumper stickers to cars, and stiffens the sinews of downloaders.

(Stray thought: do you think parents will one day tell their children: "Yes, son - back at the turn of the century, I was active in the digital rights movement" ?)

"Middle men" such as record labels, music managers, publishers, and collecting societies exist to exploit the creative work to their best of their abilities and should be exploiting the hell out of it. If they're incompetent, then they should be in some other business - the creator may as well go DIY. (And some creators who have the time or inclination do just that). The fact that middle-men exist today proves that artists don't want to be tinkering with code, or haggling over royalties, or knocking on the door of every pub - their existence proves there's value for a creator to have a competitive market of middle men. Some creators find "1,000 fans" is enough, but many would be happy to devote more time to their art.

The primary role of intermediaries is not enforcement. That's must be an option - but it's not the main job. The RIAA's mistake has been to pursue enforcement and neglect exploitation. Nesson's mistake was to forget this, and argue that any enforcement is oppression - so the enforcement option must be removed.

What Charlie didn't do

Nesson could have pointed to the billions of royalties that haven't been collected by the major labels failure to monetize P2P file sharing. He could have added that the Big Four don't speak for other parts of the music business in putting Enforcement first. He missed the opportunity to gain the moral and intellectual high ground. Now I've no doubt Nesson is sincere in his beliefs that he's doing everyone a favour, but then again, there's a bloke on my bus who thinks he's Napoleon.

Nesson's case was a misanthropic bundle of intellectual prejudices, a worker's paradise in which everyone has rights, except creative people. In his Kumbaya world, we'd all be better off, except the people who actually do the art. But once the jury had heard from Tenenbaum - a deeply unpleasant defendant - the die was cast.

(Tenenbaum's first reaction was to lie under oath - and his second, was to try and drop his sister in it - suggesting she might actually be the guilty party. What charming behaviour!)

Kick me one more time 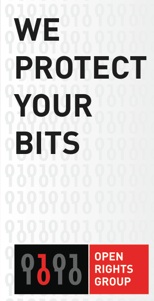 Why was anyone there? Well, just as a power station has an endless need for fuel, the anti-copyright gaggle has an insatiable need to feel victimized. Injustice burns deep, and is triggered by the merest hint that "The Man" might be tampering with one's "bits".

The weary Boston jury had been dragged to a court room because Tenenbaum refused numerous offers to settle, and was determined to prove that he, too, was a victim of the system. But there won't be many opportunities for P2P file sharers like Joel to show their stigmata in public after this. The RIAA announced a year ago that the major labels weren't going to prosecute file sharers, and the last P2P case was filed in December. So even the RIAA now thinks prosecuting P2P file sharers is a no-wins strategy.

Maybe it will remember what it was set up to do - make lots of lolly for creators of sound recordings, and defend the rights of people who want to bring these to market in clever ways.

Finally we must note that the Berkman Centre has now thrust itself to the front of the queue to fight two landmark copyright cases, and fucked them both up. Eldred v Ashcroft reached the Supreme Court in 2002, and was intended to show why permanent copyright extension is a bad thing. Leading the case there was Lawrence Lessig, Berkman's first overnight superstar. Lessig chose a swot's defence on constitutionality, while the Supreme Court Judges were begging for evidence harm. Last week, Judge Nancy Gertner was sympathetic too, but as I explained above, the Berkman Founder missed the opportunity to remind copyright holders what their job is.