Stephen Hawking both British and not dead 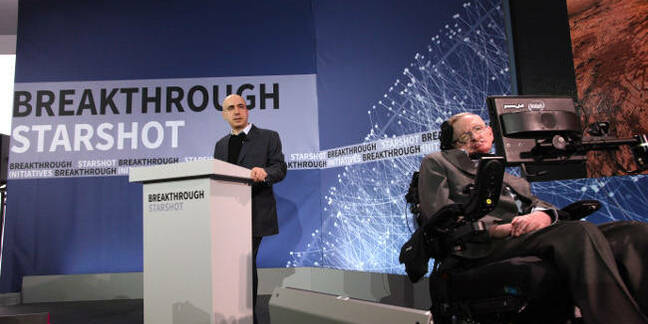 In perhaps the most amusing effort to discredit US President Barack Obama's plan for nationalized health care - if not the most ridiculous - US financial newspaper Investor's Business Daily has said that if Stephen Hawking were British, he would be dead.

"The controlling of medical costs in countries such as Britain through rationing, and the health consequences thereof, are legendary," read a recent editorial from the paper. "The stories of people dying on a waiting list or being denied altogether read like a horror script...

"People such as scientist Stephen Hawking wouldn't have a chance in the UK, where the National Health Service would say the life of this brilliant man, because of his physical handicaps, is essentially worthless."

The paper has since been notified that Hawking is both British and still among the living. And it has edited the editorial, acknowledging that the original version incorrectly represented the whereabouts of perhaps the world's most famous scientific mind. But it has not acknowledged that its mention of Hawking misrepresented the NHS as well.

"I wouldn’t be here today if it were not for the NHS," Hawking told The Guardian. "I have received a large amount of high-quality treatment without which I would not have survived."

The best you can say about Investor's Business Daily is that unlike US radio talk host Rush Limbaugh, it has not compared Obama's health care logo to a swastika. ®