Microsoft has canned one of its Xbox 360 models, according to a leading UK retailer.

Argos has called a halt to the 60GB Xbox 360 – also known as the Pro - according to its website, which carries the message: “We are very sorry but Microsoft has discontinued this line.”

The Pro’s death means that just two Xbox 360 models remain: the Arcade and the Elite. The two are worlds apart in terms of features.

For example, the Arcade doesn’t come with any storage capacity whereas the Elite has a 120GB HDD. Both are also at opposite end of the price scale. 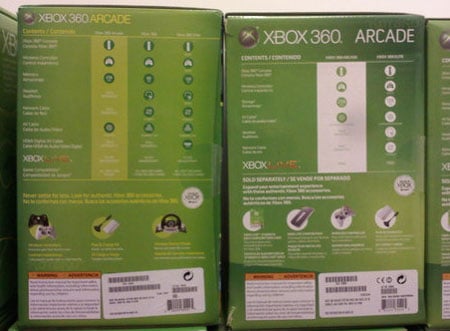 The Pro post on Argos’ shows that Microsoft is indeed slimming down the Xbox 360 range.

Earlier this month, redesigned Xbox 360 packaging shots emerged which only mentioned the Arcade and Elite models, but not the Pro - as used to be the case. ®