Mozilla Labs has added collaboration services to the latest version of its cloud-based development project - Bespin.

Previously the environment had been used as a remote hub for developers to individually take a stroll through the open source outfit’s extensible web-based code editing environment.

So, just like when Darth Vader and Boba Fett hunt down Han Solo in Lando Calrissian’s hometown, Cloud City, on the gas planet, Bespin, coders can now more openly play swapsies with the project.

Bespin 0.4 allows developers to hook up with other users by providing a follow command where they can add shared projects to the environment's navigator. 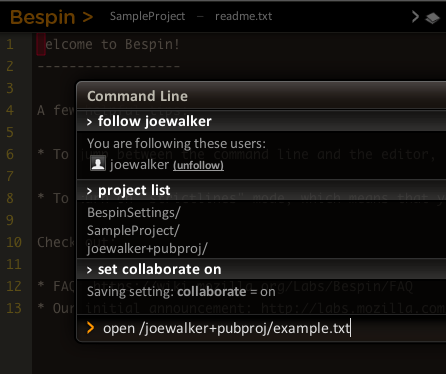 Handily, files in the project can simultaneously be edited by the peeps sharing the code. Protective developers can also set projects to read-only if they so wish.

Mozilla explained the rationale in a blog post, heavily-laden with references to MC Hammer's rival:

"Bespin is back with a brand new invention!... We have worked with many remote teams during our coding careers and trying to do code reviews and pair programming has always been painful. Since Bespin’s all about coding in the cloud, how about using the cloud to make it a little easier?"

Mozilla's Joe Walker did much of the re-coding legwork to get Bespin 0.4 up and running using mobwrite-based code that carries an Apache licensed general purpose document collaboration environment.

He said the organisation would continue to work on evolving the tool, which is currently only available as a prototype. He hopes to add in-page chat transcripts to later versions of Bespin. In the meantime users can have a conflab over IM, said Walker.

Mozilla details the changes here, and Walker's blog is here. ®