We used Apple’s Boot Camp option to install Windows Vista and run a few PC benchmarks to see how it would match up to some of its ultra-portable PC rivals. 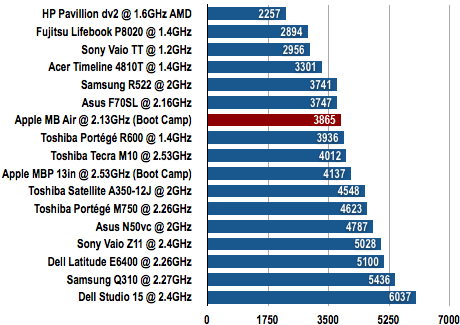 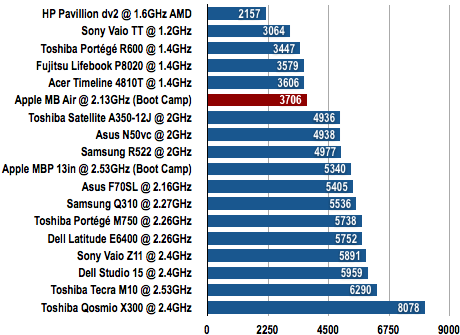 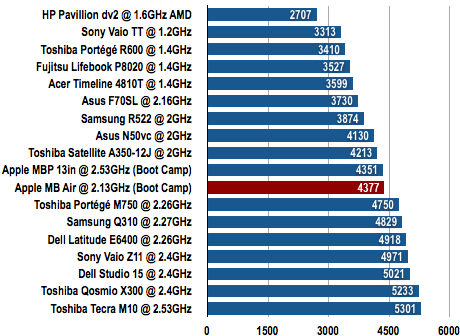 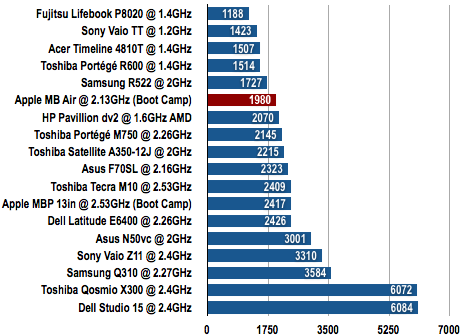 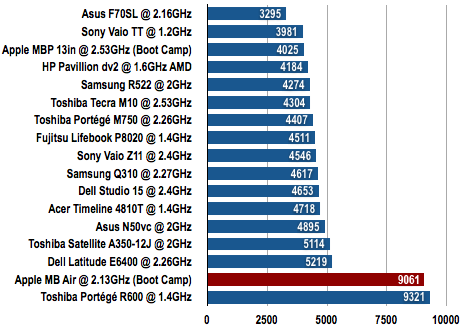 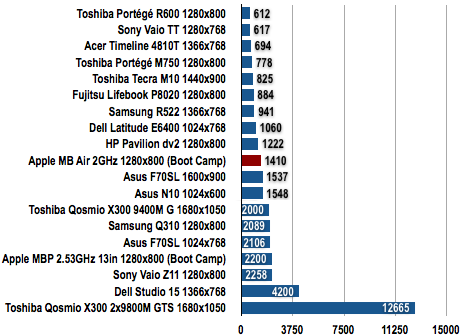 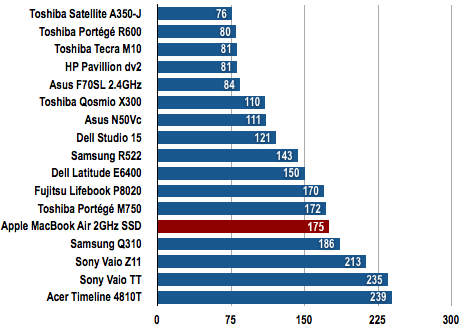 Although less expensive than the Vaio TT or LifeBook, the MacBook Air has a more powerful processor and graphics and predictably outperforms them in most areas. And while it struggles to cope with the Windows version of Far Cry 2, it should still provide passable performance for the more limited range of Mac-native games available these days.