Canon has introduced its latest PowerShot camera: the G11, which replaces the existing G10.

The first thing to note about the G11 is that Canon’s significantly reduced the number of megapixels between the two models. Whereas the G10 featured a 14.7Mp CCD sensor, the G11 is actually only a 10Mp camera.

That's no bad thing. The race to bring more megapixels to compact cameras has come at the cost of the need for more complex noise-reduction technology which has had an inevitable impact on picture quality, a problem even on the 12MP PowerShot G9. 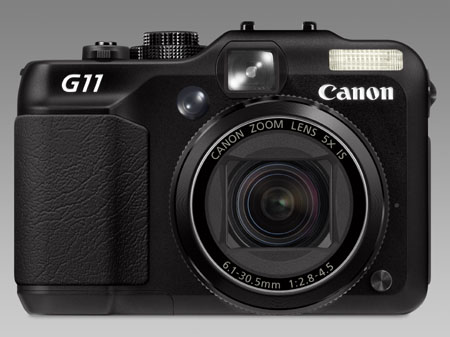 Indeed, Canon claimed the G11 "greatly improves noise performance” by up to two stops, compared to the G10.

The latest PowerShot still has the G10’s same 5x optical zoom, but offers a slightly smaller LCD screen: 2.8in, compared to the G10’s 3in display.

As a plus, the G11 features a “low light” mode that enables the camera to shoot at 12,800 ISO sensitivity – but you will have to jump down to 2.5Mp to achieve this. Images can be captured at up to 2.4fps, and Canon added that the G11 improves on the G10’s external flash sync speed by jumping from 1/500th second to 1/2000th second.

Elsewhere on the PowerShot G11 you will find an HDMI port – although the HDMI cable is optional.