A dedicated internet and gaming addiction recovery program has opened shop in Fall City, Washington, which claims to be the first of its kind in the US.

The center, called reStart, is a 45-day anti-internet detox program located at the soothingly-named rural Heavensfield Retreat Center located some 20 minutes away from Microsoft's Redmond HQ.

ReStart says the program is specifically tailored to suit those "addicted" to browsing the internet, gaming, or even text messaging. Signs a person has become an over-infatuated Facebooker or slave to SMS according to the website include a "heightened sense of euphoria while involved in computer and internet activities," "craving for more time on the computer and internet," and "physical changes such as weight gain or loss, backaches, headaches, [and] carpal tunnel syndrome."

Cost of enrollment is a whopping $14,500 plus several hefty additional charges, which by this author's monetary measurements, equals approximately 1,116 months of a World of Warcraft subscription. 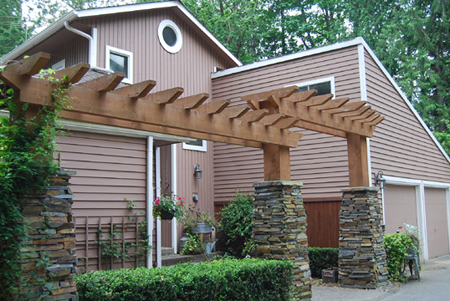 "Current research suggests that anywhere from six and ten per cent of the online population is dependent on one or more aspects of cyber technology and the internet," ReStart claims. "Among gamers, those playing multi-user games (like World of Warcraft) appear to be addicted at much higher levels."

ReStart says while China and Korea have recognized internet addiction as "their number-one public health danger" and have responded with treatment centers - that only occasionally beat teenagers to death or perform dangerous shock therapy - America has been slow to develop a program for those hooked on the net.

Those seeking a tech sabbatical at the five-acre parcel in the Pacific Northwest are given individual and group counseling with staff, vocational coaching, health and fitness programs, and weekend wilderness activities, the website details.

For example, a typical monday involves waking up at 7:00AM, breakfast, exercise, chores, a "discovery quest," a follow-through session, lunch at noon, a "life quest," vocational skills, evening chores, dinner, a "reflection group," a "mindfulness" session, personal time, and lights out at 10:30PM.

There's also an optional 12-step program, which appears to mirror the Alcoholics Anonymous credo of requiring participants to submit to a higher power of their choosing and ask said supernatural deity to remove their affliction.

The program was co-founded by Cosette Rae, who has a master's degree in social work and Hilarie Cash, Ph.D.

The American Psychiatric Association currently does not recognize internet addiction as an actual disorder, so bloggers are unlikely to have the trip covered by insurance.

And is it ironic that an internet addiction recovery program has a blog, Twitter feed, Facebook site, and YouTube channel? At least they don't give out their WoW character names. ®