Eighteen months ago, if you wanted to run Apple's Mac OS X on a generic Intel box your only option was to fish around on the internet for a hacked version that modified all the relevant low-level calls.

And then hope it worked on your hardware. 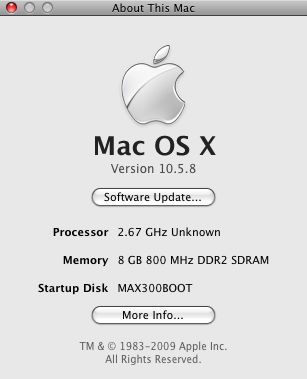 Not snapped on a Mac

Even if you managed to get it up and running, Apple's frequent operating system updates were to be dreaded and avoided. You needed to stay in touch with the Hackintosh community on sites like Insanely Mac and Hackint0sh for news of specially modified updates and drivers. For those not endowed with a deep understanding of hardware and software it was a perilous path. But rewarding, if you were lucky enough to make it work.

Towards the end of last year the tide began to turn. The key to making a generic Intel Mac that can handle updates lies in the fact that the 'uniqueness' of Apple hardware is really dependent only on the mechanism the Mac substitutes for the venerable Bios (Basic Input/Output System), the firmware interface between the operating system and the hardware. The Bios replacement Apple uses is in fact an open standard, EFI (Extended Firmware Interface), introduced a decade ago by Intel as part of its attempt to get its Itanium chip off the ground.

Calling the Bios and EFI "boot mechanisms" is an over-simplification. The traditional Bios only uses 16-bit drivers, which modern operating systems tend to replace with much richer 32-bit equivalents as soon as they are loaded. So in this sense the Bios is really only used for lift-off, although its original intention was to offer ongoing support to the operating system. 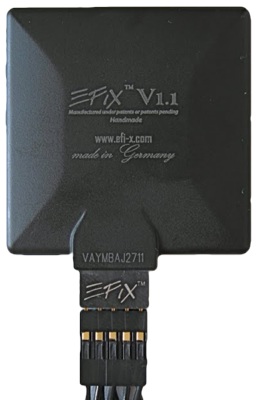 This gadget persuades Leopard it's running on a real Mac

Understanding EFI immediately opened up the possibility of a software hack that withstands updates, and the Hackintosh community has latched onto this with an open source initiative called Chameleon. The setup process is described on several sites, for example here. The community has done amazing work, but it's true to say that getting it all up and running still falls into the the 'pretty hairy' category of DIY computing.