However, for the less stout of heart there's a much simpler alternative. But it's not free, or even cheap. I fell into it at the end of last year when an outfit called Art Studios Entertainment Media (ASEM) sent me a small black square object in an elegant magnet-latched cardboard case about the size of a packet of ten cigarettes. The object itself isn't much bigger than a large postage stamp, and is designed to plug into a USB header on a generic Intel motherboard. 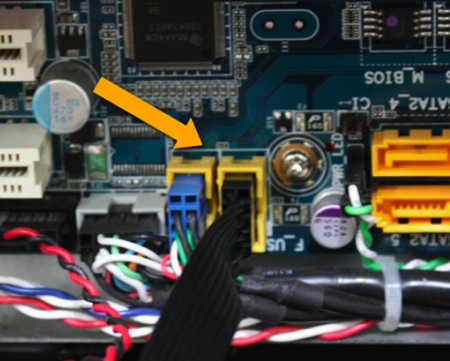 Clip EFiX into a spare USB header on your motherboard

ASEM calls it EFI-X - or EFiX; they don't seem to have made up their minds about this - as it's an eXtension of Intel's Extensible Firmware Interface. The ASEM extension includes everything the Intel hardware needs to assure a Mac OS X installation or update that it's dealing with a kosher Macintosh.

Although EFiX reduces the hairiness level from full beard to neat moustache, there are still some gotchas and caveats. The hardware compatibility list (HCL) of motherboards, graphics cards and other core components that EFiX is guaranteed to work with is limited. The limitation seems to be a Venn-type intersection between Apple's own HCL and the list of EFI drivers that ASEM has been able to allocate resources to developing so far. In particular, it doesn't include any processors from AMD.

This means you probably won't just be able to stick the EFiX onto whatever Windows machine you're running at the present and reboot into the glory of Apple's current version of Mac OS X, Leopard.

But it's not too bad. Thanks to Gigabyte, Intel, Nvidia, Crucial and CoolerMaster, I assembled a GA-EP45-DS3R motherboard, quad-core Pentium Q9450, GeForce 8800 GTX graphic card, 4GB of Ballistix Ram and a Real Power M850 power supply for the test system. 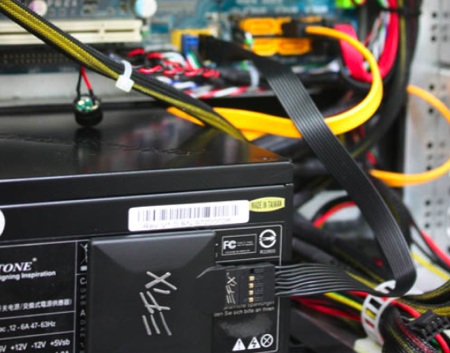 And stick EFiX to your PSU - there's a sticker provided

And I still couldn't get it working. It was the usual cause of failure - neglecting to RTFM - mitigated in this case by the fact that there was at this stage no FM to read. There is now, but back then I got as far as the first part of the Leopard installation when the process irredeemably blue-screened.