I'd overlooked the fact that EFiX eschews the PS2 interface for its mice and keyboards, and neither Apple nor ASEM provide PS2 drivers. Only USB will do.

Set EFiX as your boot drive in the Bios

Only Sata will do too. Time on the EFiX Forum reveals that EFiX requires every hard disk and DVD drive to use Sata. I was trying to use an old LG parallel ATA DVD drive.

A Sata DVD replacement later and this time... success! Some fine tuning of the Gigabyte Bios was needed to get this right. You need to tell the Bios to boot - paradoxically, perhaps - from a hard drive, and then set that hard drive to be the EFiX USB device, which you've attached to the first USB header on the motherboard. Then, aside from the parameters you'd expect to tweak - switch off all legacy serial, parallel and ATA support, and set the boot graphics device to PEG rather than the default PCI - you need to understand a bit about AHCI, the Advanced Host Controller Interface.

This is another Intel standard, designed to define how Sata devices exchange their data with system memory. It opens up access to some of the advanced Sata features like high-speed transfer and also frees your Sata devices from the need for IDE emulation - a major effect of which is to allow the operating system to access Sata devices beyond the first four on the motherboard.

To install Mac OS X you need the following: 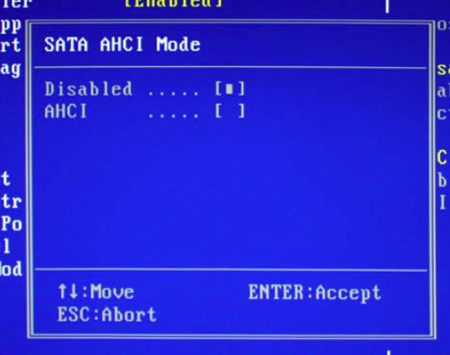 It would probably be smart to disconnect any other drives. At this point, ensure that AHCI is switched off. This puts Sata into IDE emulation mode and allows you to boot Mac OS X off the DVD drive. From here the installation proceeds exactly as if you were installing on Apple hardware.