Shuttle on its way with spectacular night launch

The pair will later this evening "prepare for the replacement of an empty ammonia tank on the station’s port truss, or backbone, by releasing its bolts". NASA adds: "They also will retrieve a materials processing experiment and a European science experiment mounted outside the Columbus laboratory and stow them in Discovery’s cargo bay for their return to Earth." 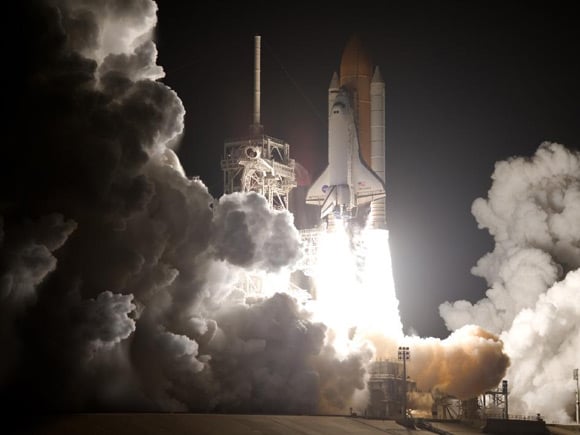 It will take several days to transfer the 7.5 tons of supplies from Leonardo, which include "two research racks (Fluid Integrated Rack and Materials Science Research Rack), a new station crew quarters, the Minus Eighty-Degree Laboratory Freezer for ISS (MELFI-2), the Air Revitalization System Rack and the COLBERT treadmill".

Discovery is slated to return to Earth on 10 September. Stott will remain on the ISS, relieving Tim Kopra, who arrived aboard Endeavour on mission STS-127 back in July.