Samsung will launch a new yoof-centric mobile phone later this month. The handset shares a moniker with a former Northamptonshire steel town.

There's no HSDPA or even 3G: the Corby goes to the Edge but no further. 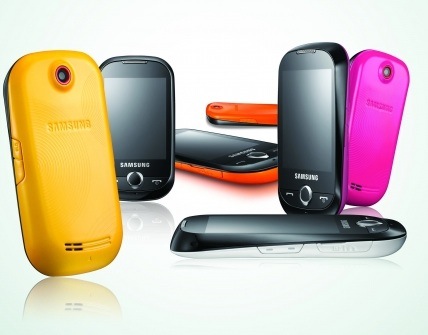 Samsung's Corby: designed for the Twittering yoof of Britain

The company claimed Corby is "notable for both its body design and colours – which mark a significant break from the way full touch phones are usually designed". It will be offered available in a selection of "bold" colour options such as "Jamaican Yellow", "Cupid Pink", "Minimal White" and "Festival Orange".

As to why Samsung decided the small town of Corby warranted memorialising through a mobile phone, we can only guess. But we can't wait to see what they do with Towcester...