Comes With Music... or else

Nokia announced two dedicated music phones in Stuttgart this morning, which are only available with its "free" Comes With Music service. The service bundles a year's worth of unlimited music downloads.

The cheaper of the two models, the X3, comes with a price sticker that matches an annual Spotify subscription: €115. Its heftier sibling, the X6, features 32GB of memory and a €450 price sticker. But both new models are likely to be heavily subsidized by operators. 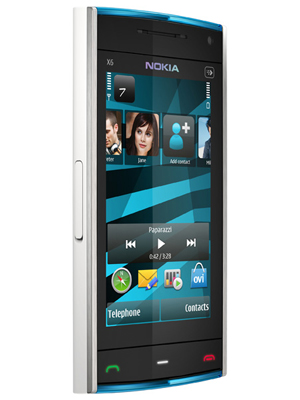 Nokia's X6. Comes With Music. Or the kitten gets it.

The phones will be available in the fourth quarter of the year, which is a month away.

Comes With Music is a good idea poorly marketed and implemented, with the result that it's poorly understood by the channel and potential punters.

Executive Vice President of Markets Anssi Vanjoki didn't mention Spotify by name at the launch. He instead highlighted the cost of filling an iPod with the Top 100 albums (€934) and compared it with the "complexity" of finding illegal music, as if these were the only two choices available.

Nokia also introduced the N97 Mini, and announced a rescue pack for the N97, with improved screen performance, revised storage and more reliable widgets, due next month.

Vanjoki also described Maemo as Nokia's "next generation", leaving no doubt that Symbian is now virtually a legacy product. But at least it's a sunk cost, and it doesn't cost Nokia anything in royalties. We'll have more on Maemo and the N900 soon. ®