How much of the EU's data will the UK lose?

"Ministers have been forced to order an emergency shutdown of a key Government computer system to protect millions of people's private details. The action was taken after a memory stick was found in a pub car park containing confidential passcodes to the online Government Gateway system, which covers everything from tax returns to parking tickets."

The "key Government computer system" in the frame is the UK Government Gateway. 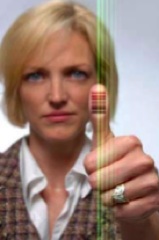 STORK - information on your fingertips

That's OK for us Brits, of course, we're used to it. Ever since the records of 25 million child benefit claimants went AWOL, we've become inured to our personal data turning up in the strangest of places, including roundabouts, train carriages, laptops stolen from the boots of cars and disks going missing from secure sites in Iowa City.

But what about our poor unfortunate EU partners, with their quaint habit of keeping confidential personal and business data locked up where only the intended eyes can see it?

The thing is that EU Ministers, including Gordon Brown, signed up unanimously to the Lisbon Declaration on 19 September 2007: "In order to meet the need to exchange information across borders, such as those arising from the obligations of the Services Directive, Member States shall intensify efforts to achieve cross-border interoperability, the importance of which has already been highlighted in the electronic Identity and eProcurement areas.

"The objective of achieving interoperability applies equally to the implementation of Article 8 of the Services Directive which will be facilitated by interoperable and mutually authenticated electronic identities and electronic documents."

And the vehicle for our end of all this EU interoperability is... the aforementioned UK Government Gateway.

A serious organisation like the European Commission, having once established the need for cross-border data-sharing, sets about first measuring how well each country's computer systems can communicate, and then sorting out any problems revealed. And so was born Project STORK: "The ultimate goal of the STORK project is to implement an EU-wide interoperable system for the recognition and authentication of eIDs [electronic identities] that will enable businesses, citizens and government employees to use their national eIDs in any Member State."

Never heard of it

David Davis raised a question in the House: "The Home Office is currently prototyping a Europe-wide project called Project Stork. How are we going to prevent a repetition of the disaster of the last few weeks [the disappearance of 25 million child benefit records] when sensitive personal data is held not by one government but by 27?"

Jacqui Smith couldn't answer the question. She had never heard of Project STORK and asked for more details.

Here are some more details. Although the UK Government Gateway is the responsibility of the Cabinet Office, as part of their joined up transformational government initiative, we are actually represented at Project STORK meetings by IPS: "The UK’s Identity and Passport Service (IPS) is leading the pilot project, in close co-operation with the Government Gateway, the UK’s centralised registration service. 'It is about the eventual pan-European recognition of electronic IDs,' noted an IPS spokesperson."

But there it is - it's IPS that faces the flak at Project STORK meetings, and not the Cabinet Office.

And quite some flak there must have been. With the source code and the logon details having fallen into the hands of the MoS, and any number of other people, on their journey from that pub car park in Cannock, which French company wanting to do business in the UK can be confident that its data is held confidentially on the UK Government Gateway?

Which Spanish pensioner retiring to Cannock and which Italian student coming to university in the UK can be calmly certain that his or her medical data is not available to the MoS?

And which German civil servant seconded to the embassy in London can be assured that his or her tax details will remain private?

But what does he know?

So there we have it: the Prime Minister is wrong, losing the source code and the logon details doesn't compromise the UK Government Gateway, and our partners in the EU needn't worry, after all. ®

David Moss has been in IT for over 30 years and works as an IT consultant. He has failed for over six years to convince the government that we already have ID cards, in the form of our mobile phones, but it's early days yet - the standard gestation period is apparently 12 years. While waiting for the government to have the original idea themselves that we don't need the ID cards the Identity & Passport Service keep writing press releases about, because we already have mobile phones, he is trying to make people confront the evidence before their eyes, that the biometrics emperor has no clothes.