A Commodore 64 emulator - complete with 64 retro titles - has gone on sale for the iPhone and iPod Touch.

And it's official. Well, as official as its gets when it comes to Commodore these days - the original company went bust in 1994, and it exists as little more than a brandname today. 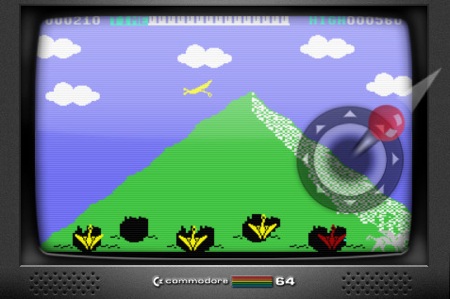 The iPhone emulator was developed by Manomio, published by Kiloo and licensed by Commodore Gaming - the latter a Dutch firm founded in 2005 to sell gaming PCs with the Commodore logo on the front.

The app, which operates in both landscape and portrait orientations, has a full-screen mode and includes sounds straight from the C64 Rom. It comes with five games - Dragon's Den, Le Mans, Jupiter Lander, Arctic Shipwreck and Jack Attack - but you'll be able to buy more in due course. 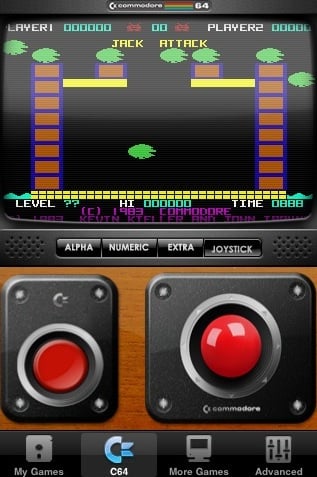 Interestingly, C64 was submitted to the iTunes App Store some months ago, but Apple rejected it since it has a policy of not supporting emulators because of the risk of contributory copyright infringement. This despite C64 being an official offering. 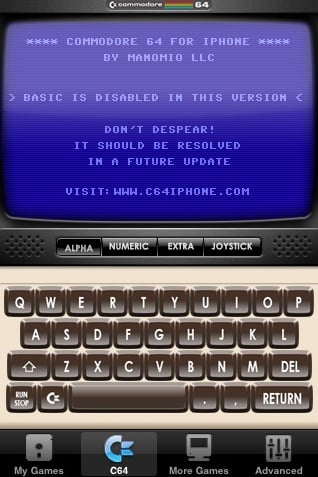 The emulator was authorised after the developer removed the app's Basic interpreter, though screen shots suggest Manonio plans to put it back in through a software update. ®