Review Despite an early charge, powerline networking has suffered something of a stall over the past few years. The stuff is still shifting off the shelves, but we haven't seen much in the way of improvements in the technology. 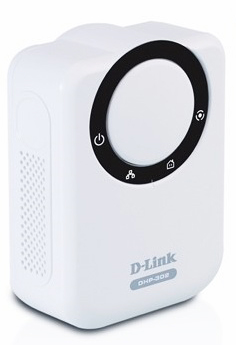 D-Link's DHP-303: no change over the years but the model number?

Back in 2007, we were graced with 200Mb/s adaptors that provided a more reliable alternative to wireless when streaming HD video. Since then very little has changed and there's still no sign of the 400Mb/s adaptors that the rival HomePlug and UPA groups have been shouting about the past year or so.

So when we heard D-Link had some new adaptors for us, we had our fingers crossed in the hope they would be the first to sport a 400Mb/s chip. Sadly, they don't. Instead, the DHP-303 units are very similar - both visually and on paper - to D-Link's DHP-300 adaptors from a couple of years back.

Before we go any further, it's best to clear up D-Link's somewhat bizarre naming convention. In what can only be seen as an effort to confuse, it calls the starter kit - as reviewed here - the DHP-303, although the individual adaptors are known as DHP-302s.

The adaptors subscribe to the UPA specification and therefore won't play ball with any HomePlug kit you may already have. They use the latest Aitana chipset from DS2 to fire data over the mains, which is backwards compatible with older 200Mb/s UPA adapters. 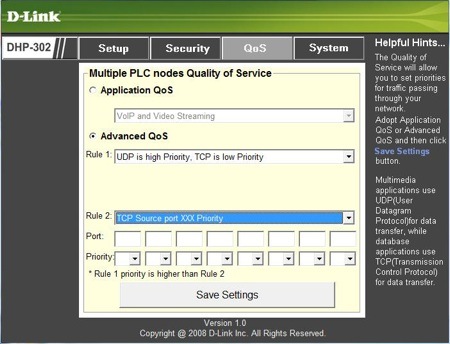 Change the settings in software

There's nothing fancy about the design. A black ring houses four status LEDs, while a 10/100Mb/s Ethernet port - there's no need for Gigabit since they won't get anywhere near 200Mb/s in the real world - is found on the underside.