Hubble back in form with stunning new images

I spy with my massive eye...

The Hubble Space Telescope is back to snapping pictures of the cosmos, supplying Earth with its precious allowance of desktop wallpapers. And with upgrades and repairs performed last May, the orbiting observatory is doing science even better than before.

"This marks a new beginning for Hubble," said Ed Weiler, associate administrator for NASA's Science Mission Directorate in Washington. "The telescope was given an extreme makeover and now is significantly more powerful than ever, and well-equipped to last into the next decade." 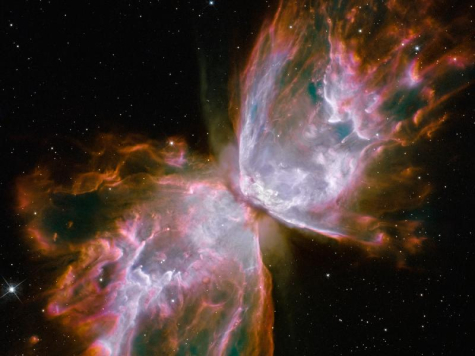 The above shot taken by the WFC3 is Planetary Nebula NGC 6302, more popularly known as the Bug Nebula or Butterfly Nebula. Its colorful "wings" are actually cauldrons of heated gas ejected from a dying star that was once about five times the mass of the Sun. The star is now discharging a stream of ultraviolet radiation that makes the cast-off material glow. NGC 6302 lies within out Milky Way galaxy, about 3,800 light-years away in the constellation Scorpious. The ejected material stretches out for more than two light-years, about half the distance from the Sun to the nearest star, Alpha Centauri. 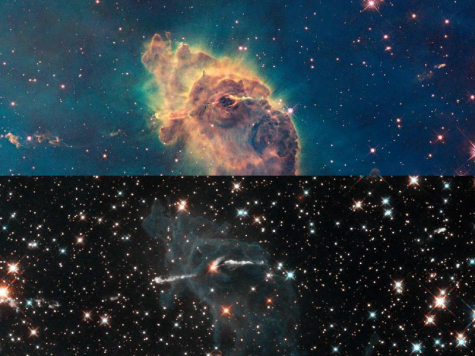 These two images of the Carina Nebula demonstrate how the WFC3's ability to observe visible as well as near-infrared light gives astronomers a more complete view of an object. Infrared light, unlike visible light, can pass through dust, revealing an infant star that is likely responsible for the streamers of gas and dust that can be seen flowing off the top of the structure. 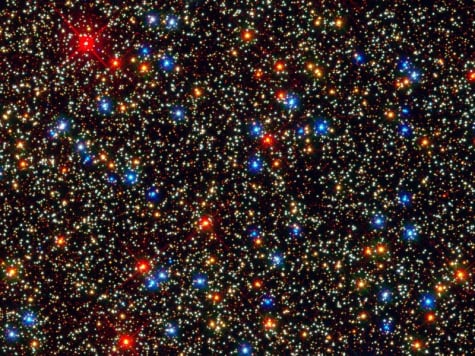 Above is one of the first images taken by the WFC3, showing a small region inside the crowded globular cluster Omega Centauri (population: about 10 million stars). Most of the stars seen here are white-yellow, similar to our Sun. The orange stars are further into their lifecycle, having become larger and cooler. They'll continue to cool and expand in size, eventually becoming red giants seen here as the bright red dots.

Stars that have ejected most of their mass and burned much of their hydrogen appear as a brilliant shade of blue. A good portion of the light emitted by these stars are at ultraviolet wavelengths. 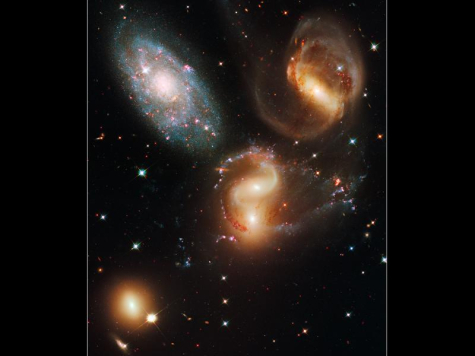 Hubble's latest shot of the Stephan's Quintet, the first compact galaxy group ever discovered. The image reveals an assortment of stars in the grouping ranging from young to old. The name Stephan's Quintet is a misnomer, however, as the galaxy in the upper left is believed to actually be seven times closer to Earth than the rest of the group. The four other galaxies have distorted shapes, elongated spiral arms, and gaseous tails as evidence of their close proximity.

Check out the rest of Hubble's latest science snaps (as well as high resolution versions of the above) here. ®