Updated Rumours of a low-end alternative to the Pré were true, Palm has formally announced.

The company has launched a junior version the Pré, called Pixi. It's essentially a smaller and less well-connected handset designed for the Twitter and IM generation.

The most striking visual difference between Pré and Pixi is the latter’s inclusion of an “exposed” keyboard, rather than the slide-out pad found on its older sibling.

Pixi also lacks the Pré’s physical Home button - instead, it has a touch-sensitive strip that runs horizontally between its keypad and display. 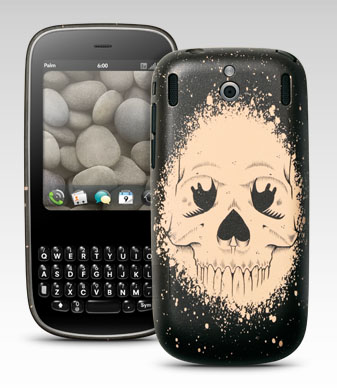 Pixi's back covers can be changed to suit your mood

Pixi only has a 2Mp camera, instead of the 3Mp sensor fitted into the Pré.

The phone is, according to Palm, the first handset to launch with Qualcomm’s MSM7627 chipset inside.

Pixi includes a proximity sensor for automatically disabling the display whenever you hold the handset to your ear – nothing new – and a light sensor that dims the display according to the level of ambient light.

Pixi uses removable batteries compatible with the Touchstone wireless charging system, and its back covers are replaceable – allowing you to buy customised covers like Nokia’s Xpress-On covers.

Beyond that, Pixi’s feature set isn’t vastly different from the Pré’s. For example, the latest handset has an 8GB internal memory, Micro USB portage and a 3.5mm headphone socket. 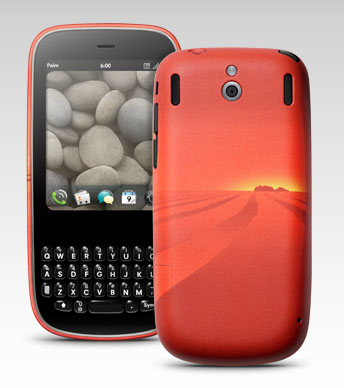 A UK launch hasn't been confirmed

Palm said that Pixi will be available “in time for the holidays” - by the late-November US Thanksgiving break, in other words - though Sprint. A UK launch date hasn’t been announced, but then we're still awaiting a Pré launch date over here.

Palm has since confirmed that Pixi will go on sale in outside of North America. "Palm does plan to bring Palm Pixi to both regions [Europe and Canada] as soon as it can". ®