So skinny, it's sick

Photos The fifth-generation iPod nano was released only yesterday, and already the deconstructionistas at repair-and-parts shop iFixit have vivisected one, yanking out its tiny, tightly engineered internal organs.

You can find the entire 28-photo teardown, complete with running commentary, on iFixit's website - but here are some of the highlights.

Before you can gut the iPod nano, you'll need to remove its clickwheel. Luckily - unlike previous nanos - doing so is a relatively easy task if you have the requisite spudger. Of course, iFixit is more than willing to sell you one as part of its two-utensil set of iPod Opening Tools. 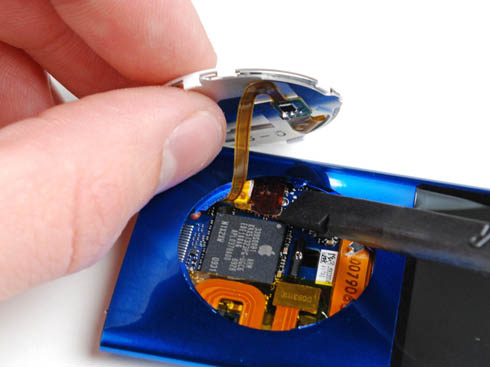 Opening a window into the iPod nano's soul

After the nano's end caps, video-camera bezel, clickwheel, and glass LCD cover have been popped off, you can slide the nano's guts out of its nether end. Doing so isn't easy, however - it's a tight fit. As iFixit says: "We don't recommend trying this at home." 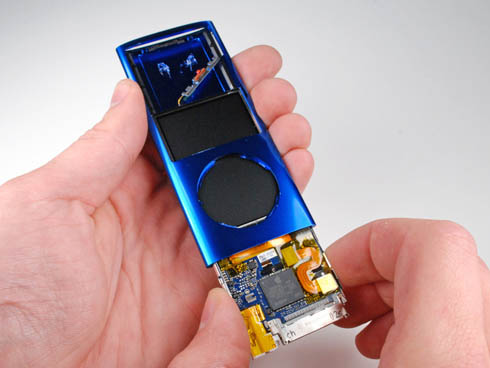 Sliding out its innards is harder than it looks

The fifth-generation iPod nano adds a number of new toy surprises inside, including the highly touted video camera, FM tuner, pedometer, and speaker. The speaker is a mere millimeter-or-so thick, so don't expect sound quality comparable to, say, a $60,000 Bowers & Wilkins Nautilus. 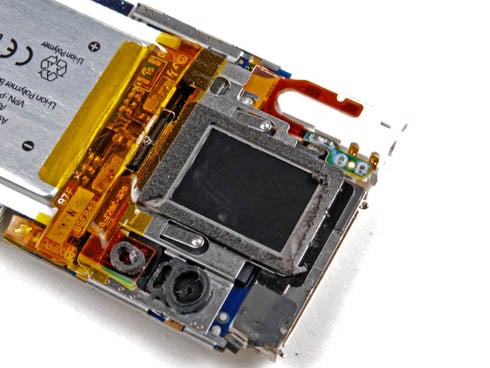 The speaker: new frontiers in lo-fi

The camera that Apple trumpets is a dinky affair with a mere 640-by-480 resolution - that's 0.3 megapixels. Its meager megapixelage is likely one reason why the iPod nano can capture only video and not still images - YouTube is far more forgiving than even a half-decent photo printer. Make that a quarter-decent photo printer.

Also, iFixits point out that there's little room in the nano for a larger camera, seeing how that even without its mounting bracket, the two-megapixel camera in the iPhone 3G is about 6mm thick, and the nano is 6.2mm thick at the bulgiest part of its midsection - and that's the outside measurement. 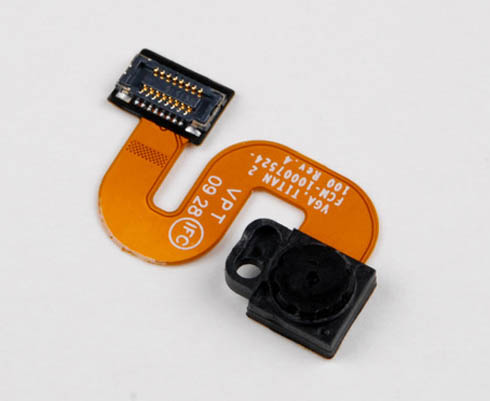 Fully disassembled, the fifth generation iPod nano is a flabbergasting Lilliputianization of engineering proficiency. Say what you will about Apple's consumer gadgets, they're inarguably built with an eye to detail. Now only if Cupertino could figure out how to keep them from exploding. 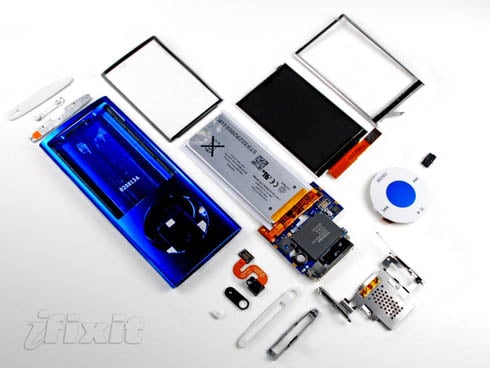 If this tour through the insides of the new iPod nano has whetted your appetite for further exploratory excursions, take a trip down memory lane with iFixit's teardowns of the first, second, third, and fourth generation iPod nanos. ®