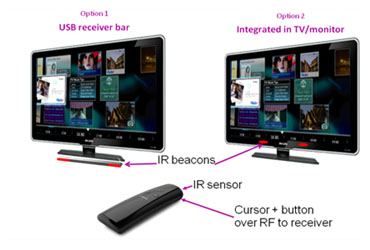 Inside uWand is a small camera that picks up signals from beacons integrated into the controlled device, such as a TV. A Wii-style sensor bar can also be connected to your old, pre-uWand TV, Philips said.

Button pushes and the controller’s coordinates are then sent by radio wave to the target device, which converts the gesture into an action, such as channel selection or volume adjustment.

uWand could enable the user to ‘flick’ though content “as if they were actually touching them”, Philips claimed. 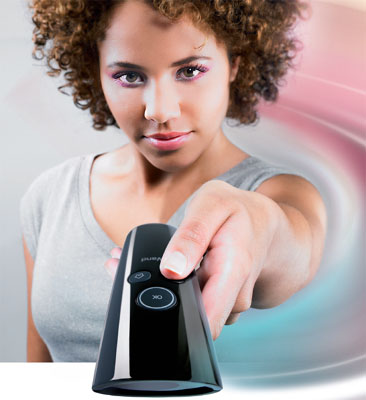 Fewer buttons, but you'll still lose it down the sofa

The electronics giant reckons that its uWand could be used to control set-top boxes, multi-media PCs and in-home electronic gizmos – though hopefully not automatic bread knives.

Philips plans to demo the uWand alongside a Widget Channel Framework from Intel – essentially a platform bringing web services and applications onto a TV – at the IBC show in Amsterdam next week. ®