The fall PC buying season kicks off for Hewlett-Packard today as the company launches a bunch of new consumer and corporate notebooks as well as two desktop PCs aimed at businesses, a refreshed netbook, an all-in-one PC, and a beefier media server for the home market.

The notebooks and netbooks also sport new and classier-looking shells that are part of HP's effort to make its laptops a little more fashionable as well as durable.

HP held a pre-launch briefing for the new machines, and I got to hold them in my hands. HP's fall laptops are certainly more attractive than the typical laptops with brushed aluminum and plastic enclosures.

If looks matter to you - and it certainly does to some classes of PC buyers, as evidenced by the success and popularity of Apple's usually excellent designs - then you will probably find the fall lineup appealing. I haven't had PC Envy in a very long time, and like many of you think of a laptop or a desktop like I do a hammer or a screwdriver - I just want the tool to work and not break in my hands. And still, if I had to buy a new machine today, like many of you, I would want one that had a little style to it, provided it didn't cost too much of a premium.

The trick for HP has been to make these notebooks and netbooks more sexy in a way that doesn't sacrifice the strength of the shell and that doesn't add substantial cost to the machine - which HP's top brass would certainly not allow, given the economy. (HP designs its laptops in Cupertino, Houston, Taipei, and Shanghai, but currently manufactures them under contract in China. It is hard to get lower costs than this.) HP executives at the pre-launch event wouldn't talk about what all of these artistic touches cost, but gave the impression that it was nominal.

The two most interesting notebooks are the high-end Envy 13 and Envy 15, which sport a hybrid aluminum-magnesium casing. These boxes come out of the consumer team that includes the formerly independent VoodooPC gaming system division. HP merged Voodoo, which it acquired in September 2006, into its consumer division of its Personal Systems Group in July 2008. 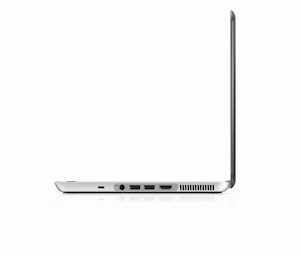 Rather than mold the bottom of the laptop out of aluminum, which is easy enough and cheap enough, the Envy machines use a thinner aluminum shell that has magnesium reinforcements and that comes with a rubber coating that makes the machine less slippery and resists scratching. (The older Voodoo laptops had a carbon fiber case. It is not clear why it was ditched, but it might be the expense of building it.)

The resulting shell - and I held an all-aluminum empty shell one next to one made out of these three materials - is a lot lighter. On the top of the laptop, encasing the screen as well as the keyboard, HP is using aluminum that has been given a rich copper color using some method that HP did not disclose.

And the handrests below the keyboard have various kinds of etching (which is done by a laser) that help your hands stay put while you are typing, and also gives the surface some flair. Each key is surrounded by the copper-colored aluminum shell, which is meant to offset the keys visually and to keep the crud out. The machine has a glass touchpad that has a slight texture to it as well and a drag coefficient that is better than prior touchpads, according to HP.

The Envy 13-1030NR is just eight-tenths of an inch thick and weighs in at 3.74 pounds, and as the name implies, it has a 13.1-inch widescreen, LED screen that sports 1366x768 resolution, which means you can view HD TV and movies on it. HP says this screen is twice as bright as any other 13-inch screen on the laptop market.

The Envy 13 uses Intel's Core 2 Duo SL9400 processor running at 1.86 GHz, which has 6 MB of L2 cache and which sports a 1.07 GHz frontside bus. The chip also supports DDR3 main memory; in this case, it has 1GB on the system board and either 2GB or 4GB of additional memory that can be plugged into an auxiliary slot. The Envy 13 comes with a 5400 RPM SATA disk with 250GB of capacity, has a built-in Webcam and microphone.

To get the machine skinny, the DVD drive is external to the unit, and HP's execs say they have done research that shows an increasingly large number of users don't mind lugging around a DVD drive and plugging it in only when they need it. The machine comes with a four-cell lithium ion polymer battery with about seven hours of life; an add-on six-cell "slice" extra battery that can be snapped onto the entire underside of the laptop to boost battery life to as much as 18 hours. The base Envy 13 costs $1,699, and its slice battery costs around $200. 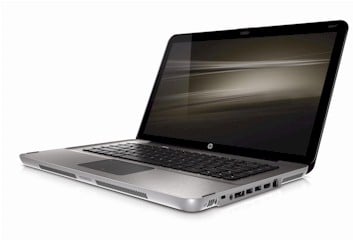 The Envy 15 is a bit thicker, at 1-inch, and is heavier, at 5.18 pounds. It has a similar case as the Envy 13 (with more complex etchings), and will be based on a future and as-yet unannounced Core i7 processor from Intel. It will have four memory slots, for a total of 16 GB of DDR3 main memory, and will also sport two disk drive bays for customers who want to mirror their disks or double up their capacity. (SATA disks and SSDs are both supported in this machine.) The Envy 15 has a 15-inch LED screen and will have a base price of $1,799.

Both Envy machines will ship with Windows 7, by the way, and they come with the baby QuickWeb Linux environment that lets users open up the laptop and punch up a Web browser, email client, media player in a few seconds instead of waiting for Windows to load.

If the Envy boxes are not in your budget, then HP has two other notebooks it wants you to take a gander at.

The ProBook 5310m is aimed at corporate users and has a less elegant, but still attractive, magnesium-aluminum shell with the rubber-coated bottom. (Yes, that was intentional.) This notebook has a 13.3 high-def LED screen and comes with two processor options: Intel's Core 2 Duo SP9300 running at 2.26 GHz with 6MB of L2 cache or the Celeron SU2300 running at a piddling 1.2 GHz with 1MB of L2 cache. (The faster processor will cost you about $200 more, and is no doubt worth it.) 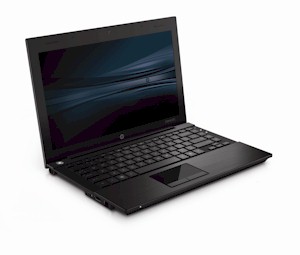 The ProBook 5310m runs Windows XP, Windows Vista, and Windows 7, as well as FreeDOS and, in China, Red Flag Linux. Novell's SUSE Linux Enterprise Desktop 10 is certified on the machine, but you can't get a license from HP for it, which annoyingly means you are shelling out dough for an operating system you are going to nuke if you want to use SLED. (There ought to be a law...) This laptop also sports the QuickWeb baby Linux environment, so it's not like HP is against Linux.

The ProBook 5310m is available now in the Asia-Pacific region running Windows Vista, and will ship in North America and EMEA concurrently with Microsoft's Windows 7 launch on October 22.