Leccy Tech Back in May Register Hardware reported that Audi was rumoured to be working on a leccy version of its R8 supercar. Now Audi's confirmed that the rumours were true. 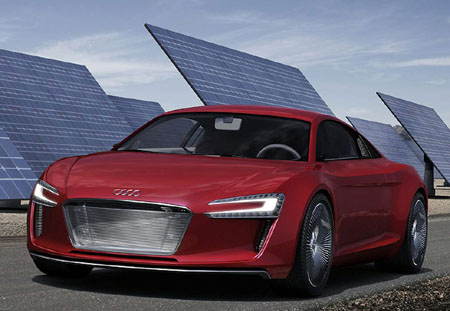 Audi's e-tron: an electric version of the R8

The net result of all that oomph is a 0-62mph time of 4.8 seconds and limited top speed of 125mph, Audi added. 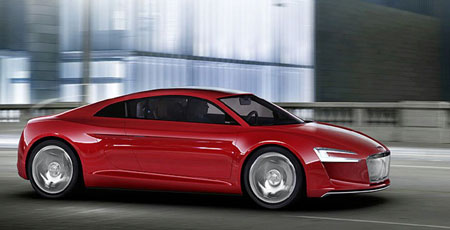 Power comes from a 53kWh lithium-ion battery pack that the firm said should give the car a range of roughly 155 miles.

Audi has mounted e-tron’s rear electric motors just behind the rear axle and its front motors directly over the front axle, resulting in a 42:58 weight distribution – the same as on a Lamborghini Murcielago LP640.

Sadly, Audi is currently telling anyone with - presumably - very deep pockets that e-tron is currently just a concept. Apparently one designed to give it a greater understanding of battery and electric motor systems. 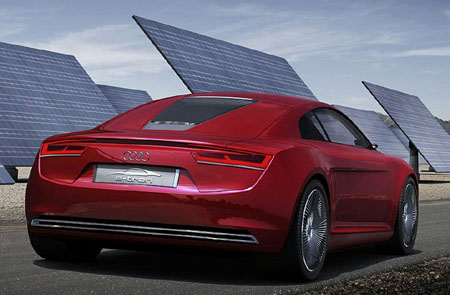 But it’s worth remembering that six months ago Audi denied that the e-tron project even existed. And since the R8’s mainly hand built in Audi’s German factory, it’s reasonable to assume that creation of a nearby e-tron production line wouldn't be too difficult. ®

Dozens of brake lights broken by chemicals in smells

ONE, TWO, THREE, what are we incrementing FOUR? (Don't ask, we don't give a damn)