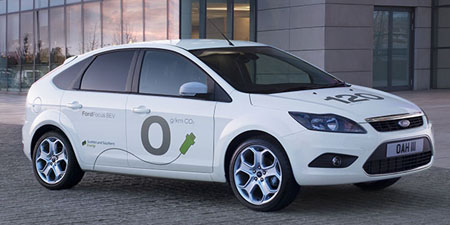 To create the Focus BEV, Ford essentially took a regular Focus and replaced its engine, gearbox and fuel tank with a 23kWh lithium-ion battery pack and 100kW/320Nm (134bhp/236lb-ft) electric motor.

By combining the two, the Focus BEV can achieve a top speed of 85mph and cruising range of roughly 75 miles – Ford stated. Charge time from a domestic 240v supply will be between six and eight hours, Ford added. 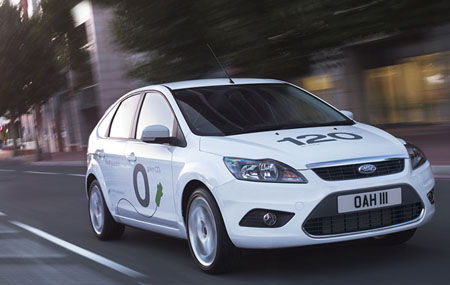 Focus BEV will be used in UK government e-car trials

As part of the trials, a fleet of 15 Focus BEVs will be operated by Ford - in partnership with Scottish and Southern Energy and Strathclyde University - around the London Borough of Hillingdon from early 2010.

The trial’s results will help Ford with development of its first production e-car, which the firm said will use the same global platform underpinning the next-generation Focus and C-Max models – both due to launch into North America during 2011. ®