'Our troops. We backstab them to the hilt'

Comment So the die is cast. In yet another masterly procurement move, the UK Ministry of Defence has decided to spend hundreds of millions of pounds upgrading and restoring its aged Puma helicopters - which were due to retire next year - for service in Afghanistan. This will cost more than buying a fleet of brand new choppers. 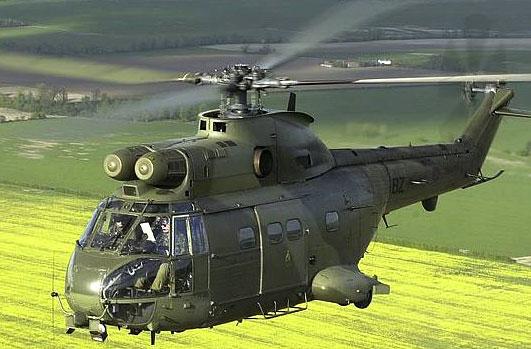 They should call it the Albatross, not the Puma.

Flight International reports today that the MoD has finally got round to signing its planned £300m ($479m) deal which will see "at least 28" of the RAF's 33 operational Pumas fitted with new, more powerful engines and upgraded cockpit avionics. The aged whirlybirds, which came into service in 1971, were to have been finally retired next year. The new upgrade package is expected to postpone their demise by ten years, and to give the rickety old birds enough power to operate in the tough "hot and high" conditions found in Afghanistan, where helicopters struggle to lift useful loads.

This is an unbelievably bad bargain for the UK's troops and taxpayers. Each refurbished Puma will cost $17m or thereabouts, and will last approximately ten years. Pumas can carry up to 16 troops or "two tonnes" of stuff according to the RAF.

Consider by contrast the Blackhawk from US maker Sikorsky. You can buy these with spares, support and training for $15m at the moment. They can carry 14 troops, about the same as a Puma, and have much superior lifting performance - 2.6 tonnes of stuff as opposed to 2 for the Puma. Various models of Blackhawk, unsurprisingly, can and do already operate in Afghanistan - providing vital medevac services to British troops, among other things.

The Blackhawk isn't just cheaper to buy and significantly more powerful. It's also part of a huge worldwide fleet, meaning it would offer lower running costs too. And it isn't a flying antique that might last another ten years if you're lucky - Blackhawks bought now would keep flying at least another 30 years, probably much longer if the history of the Puma is anything to go by.

And the Pumas won't be flying in Afghanistan for at least another two years - whereas new Blackhawks could have been there for at least a year by now. Sikorsky have offered repeatedly to supply choppers to deal with the British armed forces' embarrassing lack of them. If we'd bought in 2007 when the pound was strong, Sikorsky were offering 60 brand-new birds plus training for £480m. As it is we'll get 30 antiques for £300m, paying at least four times as much for every flying hour we obtain. And waiting half a decade to get them, too.

Yet again, pumping cash into lame-duck British industry which can't survive without constant taxpayer support has been deemed more important than saving the lives of British troops fighting and dying in Afghanistan - and more important than any chance of a decent military outcome for the UK there. The fix has been in on the Puma upgrade deal for some time, but until today it was possible to hope it wouldn't happen.

Eurocopter UK, Thales UK, Qinetiq and all the rest - all the British (and some non-British) firms where the champagne corks will be popping tonight following the signing of this deal - you should be ashamed. ®