The best value solid-state drive yet?

Review Crucial supplies a fair amount of information about its CT256M225 256GB SSD, including the facts that it uses MLC Flash, has a read speed of 250MB/s, a write speed of 200MB/s and comes with a 64MB cache. 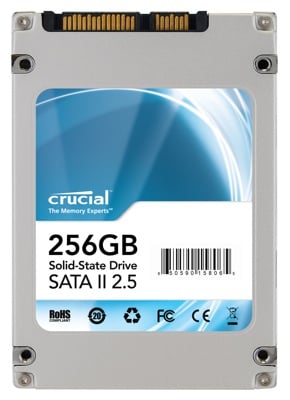 The one piece of data that is clearly missing is the identity of the controller chip. Generally speaking, that question would be easily solved with a quick look inside the casing. Usually, this would be a simple job as you remove four (fiddly) screws, pop open the two halves of the casing and then possibly remove four more screws to release the circuit board from the casing.

Things weren’t so simple with the CT256M225. Only one side of the casing could be released which gave us a view of eight memory chips. 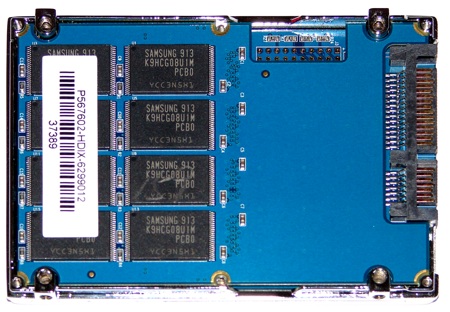 The top cover of the drive is held in place with double-sided tape and has to be pulled off with a modicum of brute force to reveal... eight more NAND chips. 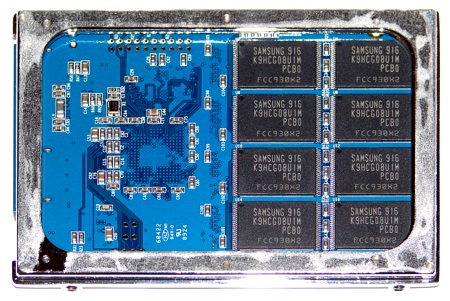 Squinting inside the case it was clear that Crucial has sandwiched two circuit boards together. We winkled out the uppermost part of this electronic sandwich and in the middle we found the controller chip and cache chip along with another 16 Flash chips. That’s a total of 32 memory chips with 8GB of storage on each chip along with 64MB cache but the intriguing thing is that the controller chip is anonymous and carried no markings.