Future of off-Earth rocketfuel industry in the balance

NASA's mission to crash a spent rocket stage and a following survey craft into a dark crater at the Moon's south pole is now in its final stages. The empty Centaur upper-stage booster has now successfully separated from the LCROSS probe-craft and the two are plunging down toward the lunar antarctic.

Here's a rather groovy vid from NASA outlining the LCROSS (Lunar Crater Observation and Sensing Satellite) mission and the tricky loop-the-loop manoeuvres the spacecraft have had to perform about Earth and its satellite to line up for their high-angle, high-speed crash into the Cabeus crater today.

LCROSS is primarily intended to see if there might be deposits of water ice lying frozen in the sunless crater bottoms of the lunar south pole. Though it has recently been revealed that there are tiny amounts of water present all over the moon's surface, immense amounts of regolith (dirt) would have to processed to extract it. Crater-bottom icebergs would be hugely easier to exploit.

This is important, as having a source of water on the Moon would make all activity in space much easier and more affordable. Not only would astronauts in lunar bases have water to drink and to make breathing oxygen from; hydrogen and oxygen from moon water could also be used to produce rocket fuel.

Lunar rocket fuel could be used for return missions to Earth, hugely increasing what could be carried on outbound journeys. It would also be possible to use it for longhaul trips beyond the Earth-Moon system, to Mars or the asteroids. Moon juice would also be hugely valuable for operations in Earth orbit, as it would be easier to get it there than it is to boost it up through Earth's powerful gravity well and troublesome atmosphere. Some have even suggested that lunar rocket-fuel factories could turn a tidy profit selling their product to satellite operators above Earth.

At present, when a satellite runs out of fuel it has to be de-orbited and destroyed: in-orbit refuelling from Earth has been trialled, but would be hugely expensive compared to supplies from the Moon. 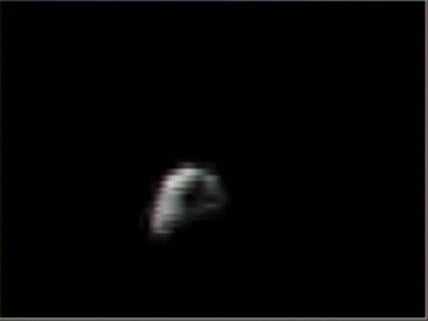 In you go, we're right behind you

All in all, then, the presence or absence of exploitable water on the Moon is very important for humanity's future in space. The freezing crater deeps of the lunar poles are easily cold enough that water ice could exist there more or less permanently, and there are ways it could have got there - but has it? Nobody knows.

That's where LCROSS comes in. When the twin craft smash into the crater deeps the energy release will be about the same as a ton and a half of TNT detonating: NASA expect the debris plume to spout up above the crater walls and be visible from Earth and from space telescopes in Earth orbit. In addition the follower spacecraft will send analysis of the cloud in its final moments as it falls through it, and NASA's Lunar Reconnaissance Orbiter will view the scene from overhead as well. If there's water in the plume, this mighty array of instruments will detect it.

The strike will take place at 12:30 UK time, and you can watch the action live on NASA web-telly here. ®