Number-porn lovers rejoice! The most ridiculously long prime number ever discovered has been verified and revealed in all its 12-million-digit glory.

The enormous integer was fittingly discovered within the hallowed halls of the University of California, Los Angeles (UCLA) mathematics department as part of the Great Internet Mersenne Prime Search (GIMPS) distributed computing network. Thousands of computers across the world were donating spare processing power to discover the new king of primes, but there could be only one.

This prime among Mersenne Primes is now a certified record-smasher, and it will net GIMPS a $100,000 award from the Electronic Frontier Foundation (EFF) for finding a prime number over 10 million digits.

Mersenne primes are named after the 17th-century French digit fiddler and monk-about-the-monastery, Marin Mersenne. A Mersenne number is a number that is one less than the power of two, or Mn = 2n − 1. The first few are 1, 3, 7, 15, 31, 63, and so forth (but add up quickly, as numbers tend to do). Mersenne primes are Mersenne numbers that are also prime numbers, meaning they are divisible only by 1 and itself. 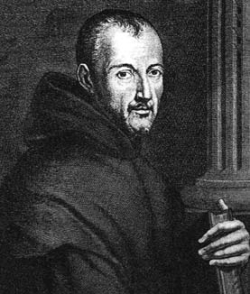 Back in August 2008, we reported that the GIMPS claimed the discovery of the 45th known Mersenne prime. But the number first had to undergo a thorough confirmation process before it would be disclosed and the EFF prize money spigot was turned loose. And we shall tease you no longer:

With the latest discovery, GIMPS is now responsible for 11 record breaking prime numbers, having previously found the 35th through 44th largest known.

“We’re grateful to the UCLA Mathematics Department for providing its computational resources to the project,” said GIMPS founder George Woltman in a statement.

The EFF will award the $100,000 prize, along with a Cooperative Computing Award on October 22 in San Francisco in conjunction with the Web 2.0 summit there. As for the next prime number record waiting to be crunched, the EFF will award $150,000 to the first person or group who discovers a prime with at least 100 million digits and $250,000 for a prime with at least a billion digits.

You can download the GIMPS distributed computing software and join the hunt here. ®