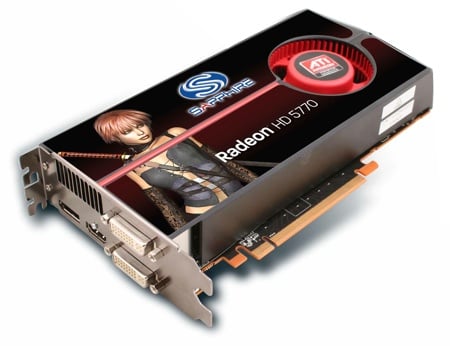 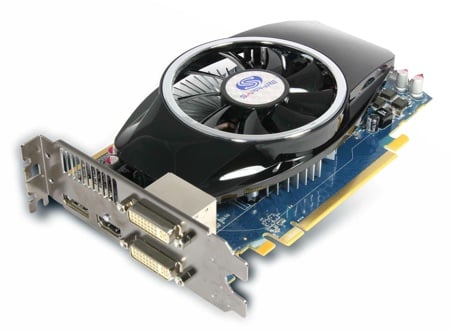 The 5750 and 5770 are dual-slot cards with a pair of DVI ports, one HDMI 1.3a - it has Dolby TrueHD and DTS-HD Master Audio support = and one DisplayPort connector on the back. AMD's Eyefinity technology allows you to hook up three monitors to them.