Wants to screw over Kindle

Details of Barnes and Noble's electronic reader hit the internet today ahead of the device's expected launch. 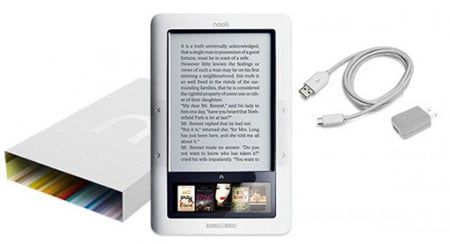 Nook: The Barnes and Noble e-reader

Details of the electronic reader leaked onto the web today, and seemed to set tech writers drooling. The machine will be based on Android and features a touchscreen.

It's packing wireless updating from an unnamed carrier. The price tag will be $260 (£157/€173), in line with the Kindle, and with the promise of discounted e-titles and Google Books titles.

Other features gleaned by the WSJ from an ad set to run in the New York Times include the ability to "lend" e-books to friends.

The leaked photos were enough to prompt Wired to declare the Kindle "old-fashioned looking" by comparison.