Concepts, but not wacky ones, for a change

Leccy Tech Honda’s electric motorcycle concepts have, until now, been utterly bizarre – such as the U3-X. But in a break from the norm, Honda’s decided to go with the norm by designing two pretty ordinary looking e-scooters. 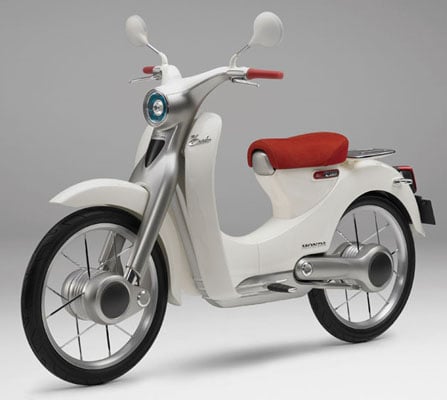 Honda's electric take on the 1950's Cub, called the EV-Cub

The EV-Cub is a battery-powered interpretation Honda’s own Cub motorcycle, quite possibly one of the most popular forms of motorised transport known to man - with over 60m units sold since production began back in 1958.

The updated Cub features two-wheel drive and has electric motors inside the hubs of both its front and rear wheels. 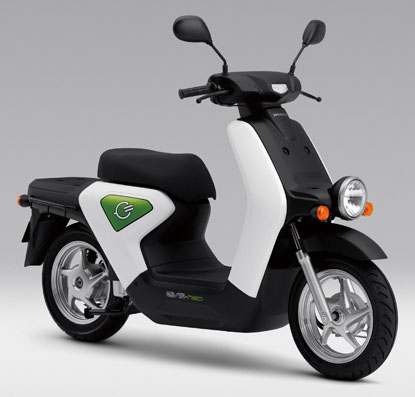 Rather more conventional looking is the EVE-Neo, which is powered by just one electric motor.

Honda hasn’t confirmed plans to manufacture the EV-Cub or EVE-Neo. ®

Segway to Heaven: Mega-hyped wonder-scooter that was going to remake city transport to cease production

Hospital-busting hacker crew may be behind ransomware attack that made Honda halt car factories, say researchers

Watch Toyota's huge basketball robot shoot a hoop, and read up on how you should think about AI and, erm, Jesus