Comment Much better than Vista, and the best Windows yet. That seems to be the consensus view on Windows 7, and after two and a half months with the final build, I more or less agree - despite the niggling voice that says behind the new taskbar it is not really so different from Windows Vista.

Nevertheless, Windows 7 on its launch today is a better experience than Windows Vista was when released in early 2007, thanks to a UI polish, faster hardware, better drivers, and new features that users actually enjoy - Taskbar, Libraries, Aero Peek - rather than features that were detrimental to usability and compatibility even if there were good reasons for them. Yes, User Account Control, I'm thinking of you. 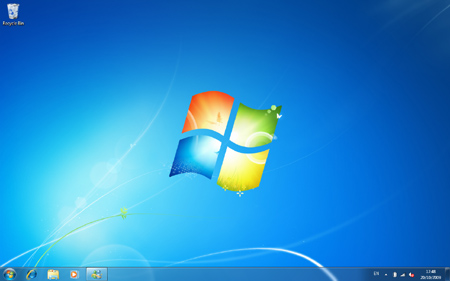 Essentials of the Windows 95 user interface remain in Windows 7

WinFS was the relational file system that was itself a delayed variation of the Object File System promised for the Cairo project originally talked about in 1991. Making it work sensibly, though, proved too difficult. With two of three pillars removed, no wonder Windows Vista tottered.

Ah, but surely Avalon was left in? It is true that WPF did ship with Windows Vista, but Avalon as originally conceived did not survive the July 2005 reset, when work on Windows Vista was scrapped and restarted based on the Windows Server 2003 code base. In 2003, Microsoft Group vice president Jim Allchin described Avalon as "the graphics subsystem in Windows Longhorn and a foundation for the Windows Longhorn shell".

That may have been true of the glacial but fascinating technical preview given out at that PDC, but it was not true of what eventually became Vista, carefully analyzed by Richard Grimes and found to include minimal .NET code. There will be a little more .NET in Windows 7, with things like the PowerShell scripting environment, but it remains predominantly native code.

As presented at PDC 2003, Longhorn was visionary. Code access security in .NET was going to solve Windows security problems. XAML hosted in the browser would unite the Internet and the desktop. WinFS was going to liberate data from application silos.

What we got was Windows Vista, and now there's Windows 7. Neither is remotely visionary, even though the latter is a very competent desktop operating system.

Don't mind us, we'll just have a quick look for unsupported installs and then disappear, we pwoooomise
Software3 Feb 2023 | 73